A bizarre situation unfolded in Anaheim on Nov. 9 as a victim was recovered in a kidnap for ransom scheme.

ANAHEIM, Calif. - A bizarre situation unfolded in Anaheim Monday after a man in his 30s was struck by police gunfire as authorities were investigating a scheme to ransom undocumented immigrants from Mexico, officials said.

People allegedly being held for ransom, a police-involved shooting and police breaking up a major human smuggling ring in Anaheim.

On Sunday night around 11:30 p.m., Anaheim police received a call from a human trafficking victim.

Officers were then called to the 100 block of Syracuse Avenue, located near the intersection of Lincoln and Dale avenues around 6 a.m. Monday.

A bizarre situation unfolded in Anaheim Monday after a man in his 30s was struck by police gunfire as authorities were investigating a scheme to ransom undocumented immigrants from Mexico, officials said.

Investigators placed an apartment building in the area under surveillance.

While at the scene, they were approached by a man, which resulted in a violent confrontation.

At some point, police fired shots at him, Sgt. Carringer said.

The man was hit twice.

He was then taken to UCI and suffered non-life-threatening injuries, Sgt. Carringer confirmed.

On Monday, police showed FOX 11 a picture of a weapon they say was found on the path where the suspect ran. 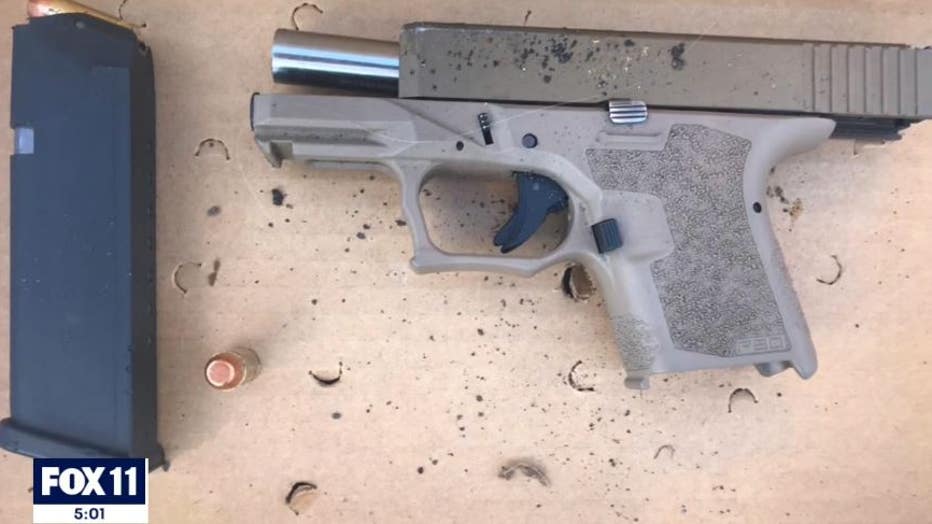 The person who dropped off the suspect remains at large.

It was unknown if the man who was shot was related to the smuggling scheme.

At about 8:30 Monday morning, with the help of SWAT, police discovered the victim who led them to the apartment building.

Not only did they discover the victim, but they also found 10 other people in the apartment, Carringer said.

Two others remaining in the apartment were identified as smugglers pretending to be victims, police said.

All the victims reported being in good health.

Several suspects have been taken into custody, Carringer said, including the alleged ringleader.

The family who called police for help will not be charged by any local jurisdiction.

The alleged smugglers will also be charged with smuggling which is a federal offense.