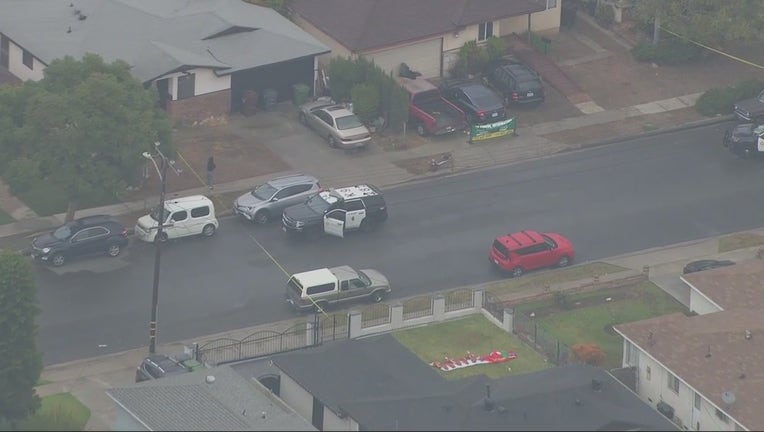 Photo from SkyFOX over the scene of the fatal shooting in Compton Tuesday morning. (FOX 11)

COMPTON, Calif. - A homeowner in Compton fatally shot an apparent robber who allegedly confronted him with a knife as he was getting into his vehicle on his driveway Tuesday morning.

The fatal encounter happened around 6:15 a.m. near the 1500 block of W. 156th St., the Los Angeles County Sheriff’s Department said.

Investigators said that the homeowner exited his home and was getting into his vehicle in the driveway when he was confronted by a man who was holding a knife in an apparent attempted robbery.  The homeowner, who was armed with a firearm, shot the would-be robber.

The suspect, a man in his 30s who has not yet been identified, was pronounced dead at the scene.

The sheriff’s department said that the homeowner is cooperating with the investigation and is currently being questioned by homicide investigators.

The firearm the homeowner used, as well as a knife, were recovered at the scene.

Anyone with information about this incident was encouraged to contact the Los Angeles County Sheriff's Department's Homicide Bureau at 323-890-5500.