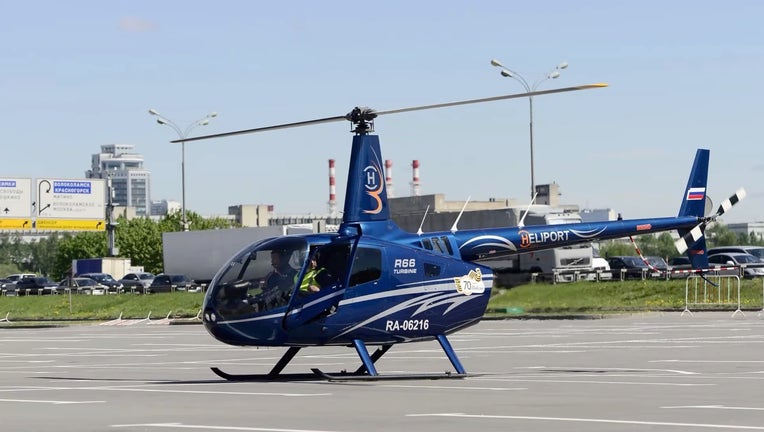 COLUSA, Calif. - Four people aboard a helicopter were killed when it crashed Sunday in a remote area of Northern California, the Colusa County Sheriff's Department said.

The department confirmed the deaths to KTVU in a statement.

The four people died at the scene, said the department, which did not release their identities.

The helicopter, a Robinson R66, crashed around 1:15 p.m. in Colusa County north of Sacramento, the Federal Aviation Administration said in a statement.

"Preliminary reports indicate four people were on board," the statement said.

The FAA and the National Transportation Safety Board will investigate.

The Associated Press contributed to this KTVU report.