SACRAMENTO, Calif. - Former San Diego Mayor Kevin Faulconer said he is entering the race for California governor, the first major Republican to formally step into the contest while a potential recall election aimed at Democratic Gov. Gavin Newsom moves closer to qualifying for the ballot this year.

In an online video Monday, the 54-year-old centrist Republican depicted California as a failed state freighted with scandal and witnessing an eroding quality of life. He said he is running "to make a difference, not to make promises."

"He’s failed us," Faulconer said of Newsom. "I know we can clean up California."

Faulconer planned to formally announce his campaign on Tuesday in Los Angeles.

Faulconer, who headed Democratic-leaning San Diego for two terms, said last year he was considering entering the race and in January formed a committee to begin raising money for a likely run against Newsom.

Earlier Monday, he attacked Newsom in a tweet that highlighted the state’s ongoing homelessness crisis and a multibillion-dollar unemployment benefits fraud scandal.

Newsom’s campaign said the governor would remain focused on distributing COVID-19 vaccine and providing relief for families and small businesses while Republicans jockey for political advantage.

"Trying to exploit a global pandemic to advance a political career exposes his craven ambition," Newsom’s chief strategist, Dan Newman, said about Faulconer in a statement.

Faulconer’s announcement came as supporters of a possible recall that could oust Newsom from office continue gathering the nearly 1.5 million petition signatures needed to qualify the proposal for the ballot.

They have until mid-March to hit the required threshold, and organizers say they have over 1.3 million so far.

If the recall qualifies, Newsom would be forced to fend off rivals in the midst of a pandemic that has cost the state millions of jobs and upended daily life for nearly 40 million residents.

Newsom’s 2018 rival, businessman John Cox, also has said he is a likely candidate, whether in a recall or next year, when Newsom would stand for a second term. Technology investor Chamath Palihapitiya is considering a run. Another name mentioned in Republican circles is ex-President Donald Trump’s former acting director of national intelligence, Richard Grenell, who lives in California.

Newsom, a former San Francisco mayor, was elected in a 2018 landslide in the heavily Democratic state but is struggling in a difficult period in his tenure, with criticism coming from Democrats and Republicans.

Last spring, Newsom received wide praise for his aggressive approach to the coronavirus outbreak, when he issued the nation’s first statewide stay-at-home order.

But there has been growing public unrest over subsequent health orders that closed schools and businesses, and investigations continue into a massive unemployment benefits fraud scandal. Meanwhile, Newsom faced a public outcry at the disclosure that he attended a dinner with friends at the opulent French Laundry restaurant in Napa Valley after telling residents to spurn social gatherings and stay at home. 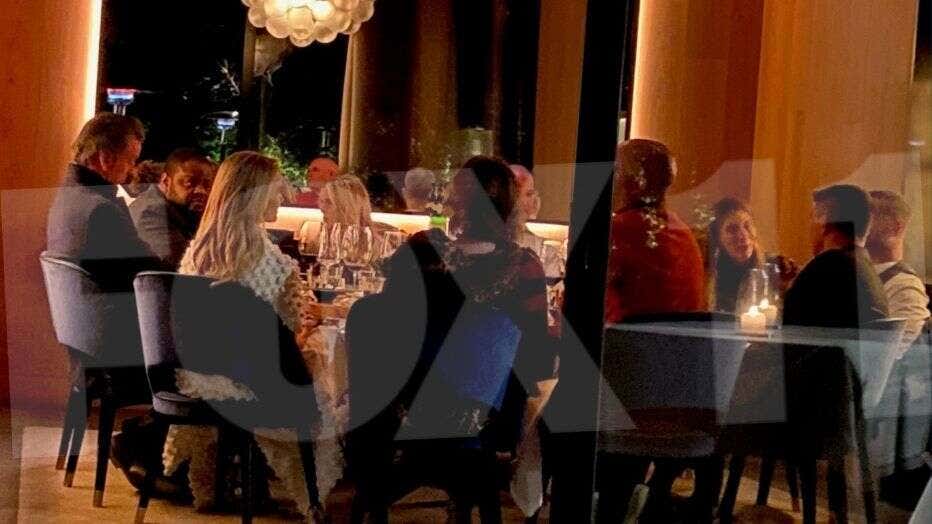 Still, Newsom has advantages in a state where Democrats hold every statewide office and dominate the Legislature and congressional delegation.

A Republican hasn’t won a statewide election in California since 2006, and registered Democrats outnumber Republicans in California by nearly 2-to-1. But a recall election could attract dozens of candidates who would cut up the vote and lower the percentage needed to win, a scenario that could provide an opening for Faulconer or other Republican candidates.

The former mayor enters the race with the Republican Party in disarray after Trump’s defeat in November and continuing fallout from the insurrection at the Capitol.

Faulconer didn’t mention Trump in his remarks, but his relationship with the former president who is widely unpopular in the state is likely to complicate his campaign. Faulconer didn’t support Trump in 2016 but in 2020 changed course and backed the president’s reelection, calling Trump the clear choice over Joe Biden for "getting our economic situation back on track."

Meanwhile, Faulconer’s middle-ground politics have chaffed with some of his party’s conservative activists. Carl DeMaio, a former San Diego city councilman who now is a local political commentator and radio host, has openly criticized the former mayor’s positions on environmental policy, taxes and immigration.

At the same time, it’s those policies that might make him attractive to independent-minded voters in California.

On two issues that have hurt GOP statewide candidates in California, immigration and the environment, "he has very mainstream positions," said Thad Kousser, a political science professor at the University of California, San Diego. "He hasn’t scapegoated immigrants."

Rob Stutzman, a former spokesman for former Republican Gov. Arnold Schwarzenegger, who became governor after a 2003 recall election, said Faulconer is the best-credentialed candidate Republicans have seen for statewide office in years.

But having a strong resume isn’t all he needs.

"The next challenge is convincing donors that he is viable," Stutzman said.