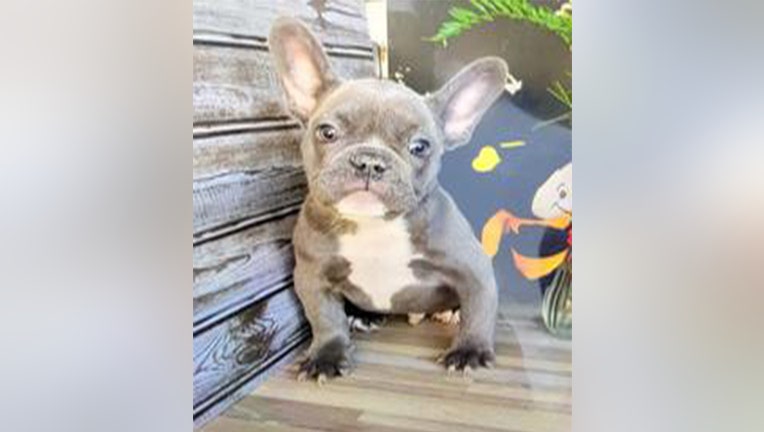 The armed robbery took place around 7 p.m. in the 6000 block of Canterbury Drive. Police said that prior to the robbery, the victim posted an ad on social media listing his French bulldog for sale, and agreed to meet the suspect to conduct the transaction.

Police said the victim met with the suspect who asked to see the dog. When the victim placed the dog in his trunk area for the suspect to view, the suspect removed a semi-automatic handgun from his waistband, grabbed the dog from the victim’s trunk, and ran away from the scene on foot.

Anyone with any information related to this crime was asked to contact Culver City Police Department Public Information Officer Assistant Chief Jason Sims at 310-253-6391 or the Watch Commander at 310-253-6202.

Most notably was the theft of two of Lady Gaga's three Frenchies. Her longtime dog walker was shot in Hollywood back in February while trying to keep two men from taking the canines. The third dog ran away from the bandits and came to his side after he was wounded.

The singer's pets Koji and Gustav were subsequently found safe. They were brought back to police a few days later by a woman who said she found the dogs. Just two weeks ago, five individuals were arrested in connection with the crime and are facing attempted murder and robbery charges.

Back in early March, Redondo Beach police reported the arrests of a man and woman who grabbed an 8-week-old French bulldog from his owner in Redondo Beach and sped off in a Mercedes-Benz. The pet was later recovered unharmed.

About a week later, a French bulldog puppy stolen at gunpoint in the parking lot of a Target store in North Hollywood, but the pup was later returned to its owner, an Instagram model who had offered a $12,000 reward for the dog's safe return.