A former Los Angeles Angels employee was charged Friday by federal authorities in Texas for distributing fentanyl in connection to the deadly overdose of pitcher Tyler Skaggs, court documents revealed.

Eric Kay is accused of giving drugs to Skaggs who was found dead in a Southlake, Texas hotel room on July 1, 2019.

At the time, the Angels were in the Dallas-Fort Worth area to play a series against the Texas Rangers.

Kay surrendered to authorities on Friday. 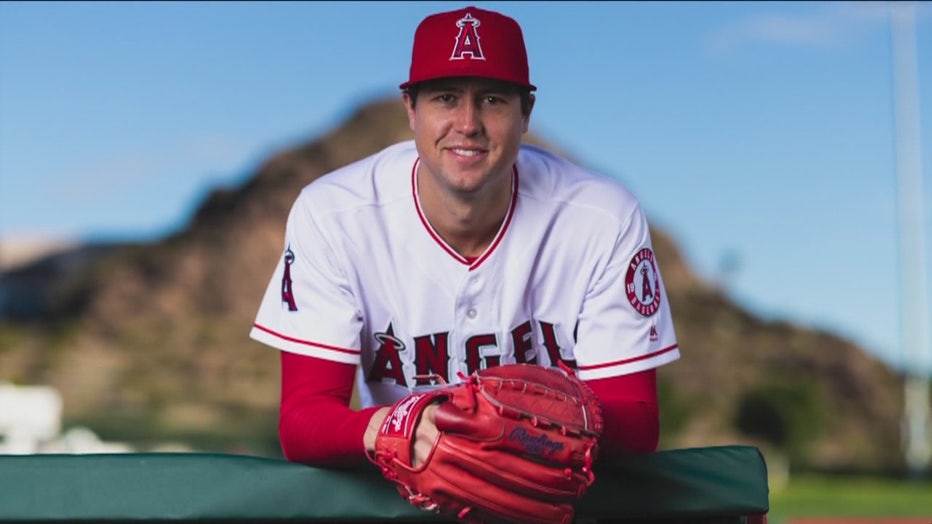 The 45-year-old who worked as a communications director for the Southern California team was charged with conspiracy to distribute a mixture containing detectable amounts of fentanyl, the U.S. Attorney for the Northern Texas District said.

Investigators discovered a number of pills inside Skaggs' hotel room, which included a blue pill marked with "M/30." The pill, which authorities said resembled a 30-milligram oxycodone tablet, had been laced with fentanyl.

The Drug Enforcement Administration also found that Kay allegedly distributed the pills on a regular basis, which were often referred to as “blue boys” to Skaggs and others.

Kay initially denied being aware of Skaggs’ drug usage during his initial interview with law enforcement following Skaggs' death. This was proven false from text messages exchanged between the two men on June 30 where Skaggs asked Kay to drop off the pills the evening of June 30.

Investigators also discovered Kay confessed to another Angels employee he went to visit Skaggs the night he died.

The Angels released a statement that said in part:

"We learned that there was an unacceptable behavior inconsistent with our code of conduct, and we took steps to address it. Our investigation also confirmed that no one in management was aware, or informed, of any employee providing opioids to any player, nor that Tyler was using opioids."

An autopsy report conducted by the Tarrant County Medical Examiner's office revealed the 27-year-old had fentanyl, oxycodone, and alcohol in his system at the time of his death.

Health officials later determined Skaggs would have survived if fentanyl was not part of the mix.

In convicted, Kay faces up to 20 years in federal prison.

Major League Baseball players typically face a grueling 162-game schedule during the regular season, which can go longer when teams make the playoffs.

The 2020 MLB season has been condensed to 60 games as a result of the ongoing coronavirus pandemic.