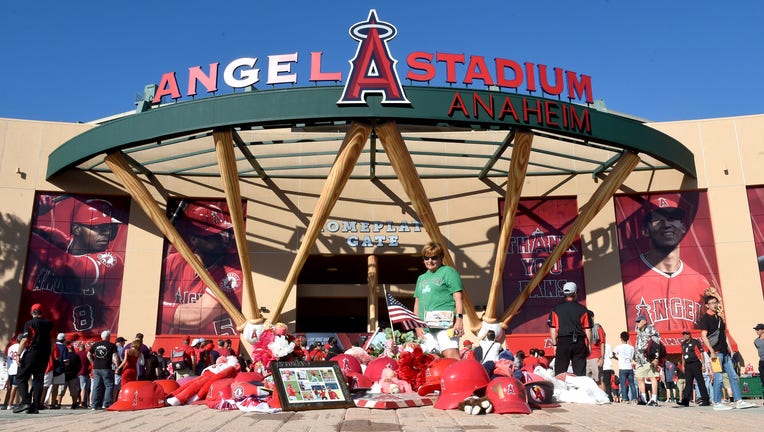 ANAHEIM, Calif. - Los Angeles Angels officials responded Saturday to an ESPN report that a public relations employee for the team told federal
investigators he provided oxycodone to former Angels pitcher Tyler Skaggs and abused it with him for years. The report also mentions that two team officials were told about Skaggs' drug use long before his death in July.

"We have never heard that any employee was providing illegal narcotics to any player, or that any player was seeking illegal narcotics,''
Angels President John Carpino said in a statement. "The Angels maintain a strict, zero tolerance policy regarding the illicit use of drugs for both players and staff. Every one of our players must also abide by the MLB Joint Drug Agreement. We continue to mourn the loss of Tyler and fully cooperate with the authorities as they continue their investigation.''

According to the story, Kay's attorney, Michael Molfetta confirmed the details of Kay's statements, given in separate meetings with DEA agents in Dallas and Los Angeles in late September.

Skaggs, 27, was found dead in his hotel room in Southlake, Texas, where the team was staying while in town to play the Texas Rangers. He died from ingesting a mix of alcohol and the opioids fentanyl and oxycodone, according to a toxicology report, and his family has suggested someone with the team may have provided him with the drugs.

The cause of the pitcher's July 1 death was listed as "mixed ethanol, fentanyl and oxycodone intoxication with terminal aspiration of gastric contents,'' according to the report.

The determination means Skaggs essentially choked on vomit caused by his ingestion of the drugs and alcohol. His death was ruled accidental.

Skaggs was a native of Woodland Hills and a graduate of Santa Monica High School. He and his wife, Carli, were married in December, and they had no children.

Skaggs was one of the most popular players in the clubhouse and had been one of the Angels' most reliable pitchers this season, going 7-7 with a 4.29 ERA in 79 2/3 innings across 15 starts. He was 28-38 with a 4.41 ERA during a seven-year career that was interrupted by the Tommy John surgery in 2014 and several other injuries.