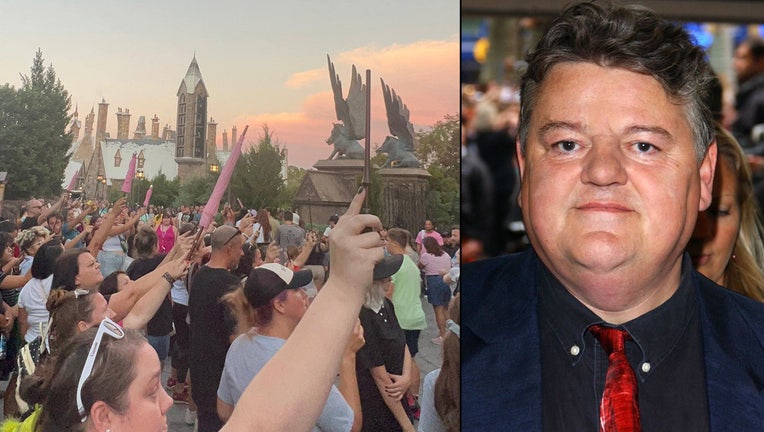 ORLANDO, Fla. - Fans of the late actor Robbie Coltrane gathered in front of Hogwarts Castle in The Wizarding World of Harry Potter at Universal Orlando on Friday to pay tribute to the man who played Hagrid in the popular films. Coltrane died Friday at a hospital in his native Scotland. He was 72.

Parkgoers raised their wands to the sky outside the Forbidden Journey ride at Universal’s Islands of Adventure. The photo was taken by Danny Turner, who captioned the touching moment "For Hagrid." Some raised pink umbrellas in tribute, which Hagrid used in the films and books to hold wand fragments so he could continue to use magic.

"Wands Up for Hagrid! RIP," one person wrote.

"There’s no Hogwarts without you, Hagrid. RIP Robbie Coltrane." 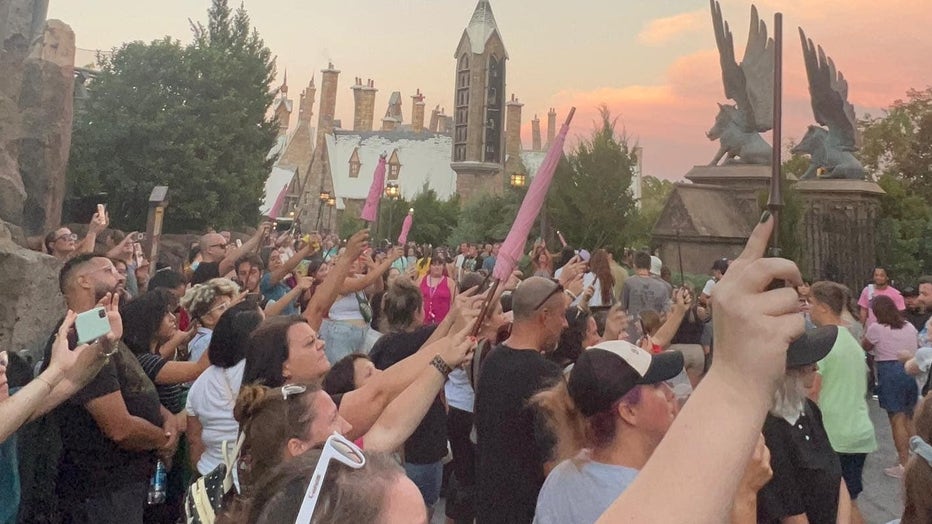 "Robbie Coltrane you will forever be remembered as a lovable half-giant with his heart upon his sleeve who saw the best in every creature, who loved freely, and deserved so much more than he humbly accepted," another said on Facebook.

Coltrane’s agent Belinda Wright did not immediately offer other details about his death. She called him "forensically intelligent" and "brilliantly witty" in just one of many tributes made to him.

After hearing of his passing, Universal Orlando Resort tweeted out "The Universal Parks & Resorts family is greatly saddened to learn of the passing of Robbie Coltrane. We raise our wands and salute this incredibly talented actor who brought so much heart and laughter to the beloved Rubeus Hagrid. You will forever be in our hearts. See you next lesson."

"Harry Potter" author J.K. Rowling, who decades ago had said Coltrane was her first choice to play Hagrid, tweeted Friday that he was "an incredible talent, a complete one off."

"I was beyond fortunate to know him, work with him and laugh my head off with him."

Other stars of the Harry Potter films, including Daniel Radcliffe, paid tribute to Coltrane on social media.

"Robbie was one of the funniest people I’ve met and used to keep us laughing constantly as kids on the set, I’ve especially fond memories of him keeping our spirits up on ‘Prisoner of Azkaban,’ when we were all hiding from the torrential rain for hours in Hagrid’s hut and he was telling stories and cracking jokes to keep morale up," Radcliffe wrote on Instagram. "I feel incredibly lucky that I got to meet and work with him and very sad that he’s passed. He was an incredible actor and a lovely man."