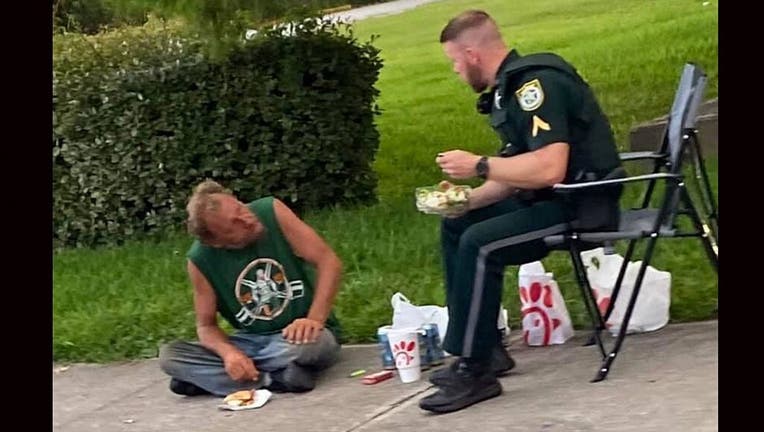 A photo of a Florida sheriff’s deputy and homeless man eating Chick-fil-A for lunch together has gone viral on social media with thousands of shares.

Brownie Lyons and her husband were driving around Lake City on July 2 when they saw Corporal Shane Foote of the Columbia County Sheriff’s Office exit his patrol vehicle and remove a chair, WCJB reported on Wednesday.

“We were wondering if he was going to talk to the guy about being on the street but when we pulled out, he had set up the food and was sitting down with him eating,” Lyons recalled.

Related: Polk Sheriff Grady Judd re-elected for four more years after no one ran against him

Then, the two men enjoyed what appeared to be an impromptu Chick-fil-A picnic on the sidewalk. Lyons snapped a photo of the meal and shared it to Facebook, in a post that has since gone viral with over 4,000 shares.

The photographer explained that she was inspired to share the “feel good moment” because good deeds often go unrecognized.

“I do not know the officer, and personally it doesn’t matter if he’s in law enforcement or not,” Lyons said. “I wanted to show that there are people who do good things and not always for recognition.”

Later on, Lyons’ son realized he had attended school with Foote, and said that the kind deed exemplified “Shane all day everyday!’”

According to Lyons, many Facebook users who personally know the officer have commented on her post to praise what a “great guy” he is.

“I think our community in Lake City has a lot of good officers including Florida Highway Patrol, and I have personally witnessed this but unable to capture it until that day,” she said.

“So many times officers, paramedics, EMTs, and nurses like myself do a lot of good things according to our hearts to serve not for anything else,” Lyons continued. “It takes very little effort to show kindness… A kind word or gesture goes a long way.” 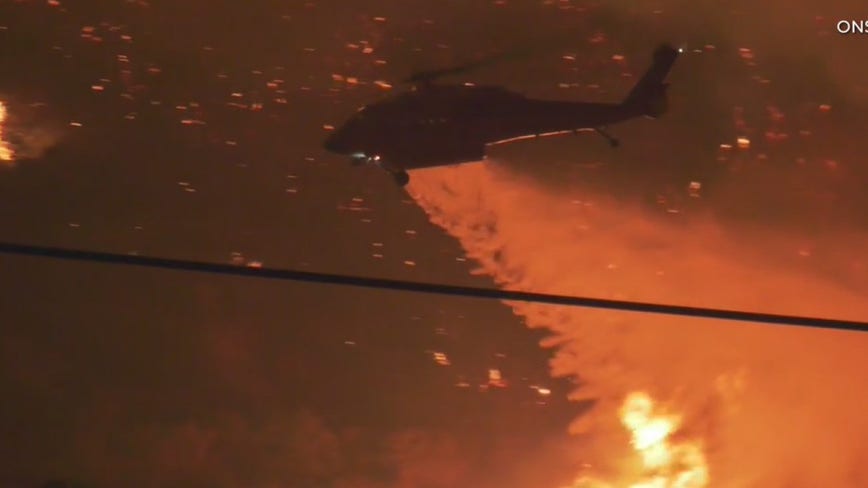