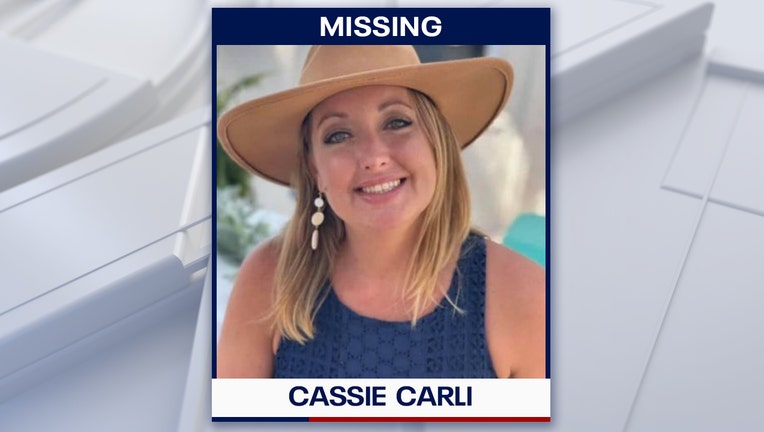 NAVARRE BEACH, Fla. - Florida investigators are searching for a young mother who remains missing, although her 4-year-old daughter and her car have been located.

Carli and her 4-year-old daughter’s father were expected to meet to exchange custody around 7 p.m. Sunday near Juana’s Grill at Navarre Beach, local news station WEAR-TV reported. Carli’s father then received a text message around 10 p.m. from the young woman’s phone, stating that she was having issues with her phone and her car, according to the report. It was the last anyone has heard from her.

Carli’s friend told the news station her daughter’s father claimed to have dropped Carli at the friend’s house, which was reportedly not true.

Carli is described as being 5-foot-5 inches tall and 150 pounds with blue eyes and blonde shoulder-length hair. She has pierced ears and a mole on her right cheek.

Spokespersons for the Santa Rosa County Sheriff’s Office did not immediately respond to Fox News Digital’s request seeking information regarding the circumstances of the disappearance.

So far, authorities have said they were able to confirm that Carli’s daughter was safe and have also recovered her vehicle.

The sheriff’s office has said the investigation remains "very active." They ask anyone with information to call their Major Crimes Unit at 850-983-1190.