LOS ANGELES COUNTY - Five puppies and several other animals were rescued from a massive marijuana grow bust operation near the Antelope Valley area on Tuesday.

Thanks to the efforts of the Los Angeles County Sheriff's Department this operation was deemed "the largest operation ever to take place in the history of LASD." 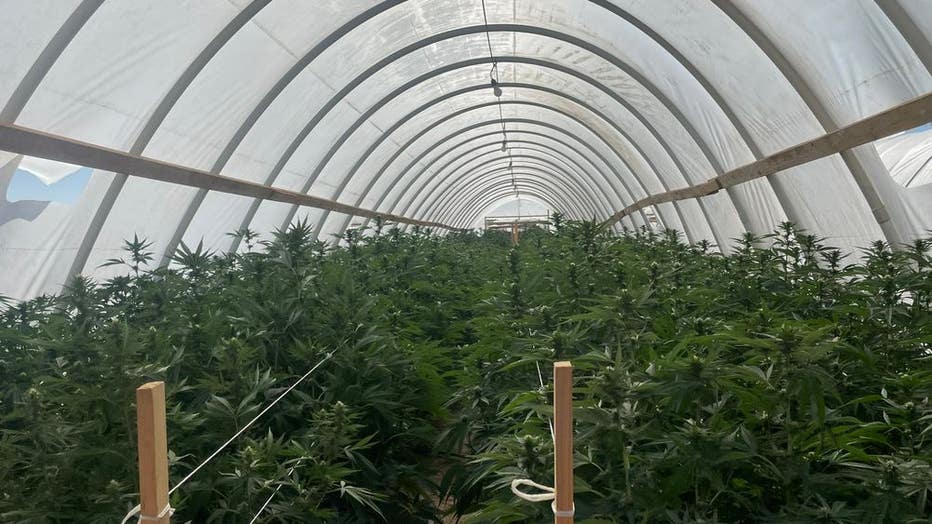 The largest grow discovered had more than 70 greenhouses over 10 acres, with an estimated marijuana crop worth $50 million.

Once the massive operation was taken down several animals were discovered on the property. Authorities rescued five puppies, their mom, dad, another male dog and a cat.

According to the rescue, "The five puppies are around 6-7 weeks old, they seem to be Pitbull/Mastiff mixes. with four males and one female. The mom pup is a Pitbull and only about one year old. The two male dogs are around a year old. The black Pit/Lab mix is in good health. The other male that seems to be a Pit/Basset Hound mix needs some work but is doing alright. His ears seemed to have been cut off with scissors and done in a very horrible way. The cat is coming around and warming up. Currently eating well and doing good. All the animals had their first vet visit for a health check and next will be all vaccinations, then neuters and spay. We are looking at a good amount of vet bills and many mouths to feed so if you can support we truly appreciate it!"

Follow the progress of the animals on the Reversed Rescue Instagram page and for adoption information in the near future.