A house fire in Florence killed at least three people.

Such is the heartbreaking plight of John Slack.

FOX 11 found him tending to the family home in Florence Tuesday, which had been turned into charred ruins late Monday night.

Dramatic nighttime footage showed paramedics trying to save his brother Timothy’s life. He died at the scene.

John Slack spoke with determination and sadness. He said his brother had literally just returned from the hospital with an amputated, bandaged foot when the fire was ignited. 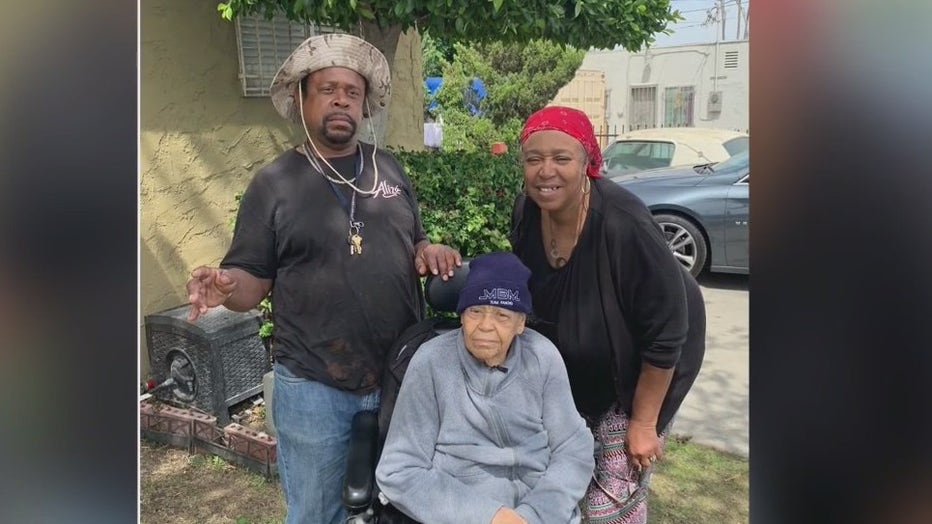 He speculated Timothy had lit up a substance and accidentally ignited the family home, trapping his elderly mom Walterine and brother, Larry who both died later at the hospital from their injuries. Sister Anastasia and her teen daughter said to be critical Tuesday night.

The Los Angeles County Sheriff’s Department is investigating what caused the structure fire. But John Slack’s theory seemed to have physical evidence.

A FOX11 camera went inside the burned-down home. It captured the interior of the charred ruins. A noxious odor stung our eyes and nose. There next to the most extensive fire damage, a charred half-burnt piece of gauze; the type used to dress a wound. Perhaps Timothy was sitting there.

We can only imagine, for this family, the emotional scars of this loss could take a lifetime. A GoFundMe page has been set up in the Slack family’s name.