LOS ANGELES - The Bobcat Fire burning in the Angeles National Forest grew more than 1,200 acres overnight as firefighters continue to battle the massive blaze, officials reported Wednesday morning. The fire has grown to 113,307 acres and is currently 38% contained.

While the fire grew in size, firefighters were able to make progress with a slight drop in temperatures, bringing containment up from the 17% reported Tuesday.

A repopulation order was issued on September 23 at 1 p.m. in Clear, Sand and Ward for the residents only in the following areas:

Angeles NF also confirmed crews "completed the strategic firing operation north from Mt. Wilson to Hwy 2 and then east to the fire perimeter," on Sept. 22.

It's become one of the largest fires ever in LA County history.

An estimated 1,500 firefighters continued to battle the stubborn blaze, which erupted on Sept. 6 near the Cogswell Dam and West Fork Day Use area. Firefighters initially reported the fire was burning in heavy fuels with a rapid rate of spread.

Structures have been damaged and losses were expected, Vince Pena, a unified incident commander with the Los Angeles County Fire Department, said Sept. 18.

The fire exploded in size Sept. 18, growing by more than 17,000 acres making a "hard push to the west and north'' as wind gusts reached 44 mph, the U.S. Forest Service reported.

Crews worked throughout the day to protect the Mount Wilson Observatory and nearby broadcast towers valued at more than $1 billion from approaching flames. 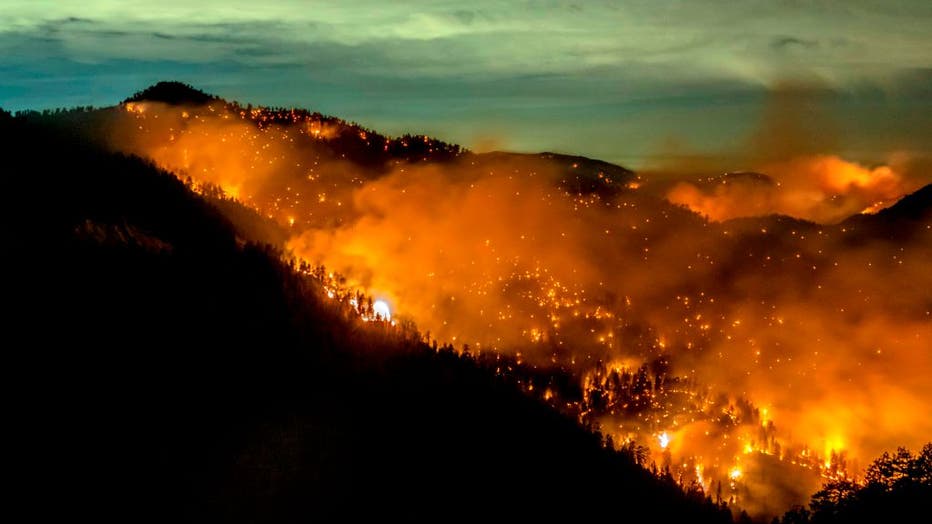 Around 10 p.m. Thursday, Sept. 17, forest officials tweeted: (The) fire is still impacting Mt. Wilson. It is almost out of the critical section. Crews and engines are on-scene to defend infrastructure. "Additionally, there is some strategic burning being used to expand containment lines."

The cause of the fire remained under investigation. On Sunday, Sept. 14, U.S. Forest Service officials pushed back the estimated time for full containment from Oct.15 to Oct. 30.

As of Sept. 22, the following communities were under an evacuation order:

• The unincorporated areas of Crystal Lake, East Fork of the San Gabriel River, and Camp Williams.

The following communities were under an evacuation warning:

• Unincorporated communities of Altadena and Wrightwood.

• South of Pearblossom Hwy, East and North of Angeles Forest Hwy, North and West of Mt. Emma Rd., East and South of Hwy 122, and West of Cheseboro Rd.

• South of Hwy 2, North of Blue Ridge Truck Trail, East of Hwy 39, and West of the Los Angeles Co. border.

A Red Cross evacuation center was established at Santa Anita Race Track at 285 W. Huntington Drive. Residents were advised to enter through Gate 5. More information about the center is available at 1-800-RED-CROSS (733-2767).

Anyone still needing assistance is urged to call the Disaster Distress Hotline at 800-675-5799.

As the Bobcat Fire moves towards communities in the foothills of the San Gabriel mountains. It's forcing new evacuations.

All roads leading into San Gabriel Canyon are closed. Highway 39 is closed north of Azusa to state Route 2, which is closed between Upper Tujunga to Big Pines.

The South Coast Air Quality Management District extended its  smoke advisory for unhealthy air quality due to the fire through Sunday.

They are asking people to skip outside activities and stay inside with their pets. Home improvement stores are having a hard time keeping AC filters and purifiers in stock and even many of those who balked at COVID-19 restrictions are now wearing masks outside.

On Tuesday, Sept. 15, firefighters prevented the blaze from damaging the historic Mount Wilson Observatory, which played a pivotal role in confirming in the early 20th century that galaxies exist outside the Milky Way and that the universe is expanding.

The Bobcat Fire continues to burn out of control in the Angeles National Forest. It's advancing on to the Mount Wilson Observatory, and several foothill communities.

The flames were within 500 feet of the Observatory and several broadcast towers that serve the Greater Los Angeles area, according to the U.S. Forest Service.

According to fire officials, crews were successful in protecting the Mount Wilson Observatory and nearby broadcast towers valued at more than $1 billion from approaching flames.

Nearly 900 firefighters were working to stop the blaze on Monday, Sept. 14, aided by five helicopters and four fixed-wing aircraft. Video released by the forest service showed the Angeles National Forest's Bell Super 205A1++ helicopter performing nighttime water drops on the fire. Additionally, firefighters were setting strategic fires to help clear vegetation on the southern end of the blaze in the Santa Anita Canyon area near Chantry Flat, officials said.

The abnormally dry vegetation has been fueling the blaze, leading to extreme fire behavior and rapid rates of spread.

The Bobcat Fire was one of several fires that sparked across the region as parts of California saw record-breaking temperatures over Labor Day weekend. Temperatures in the forest were well above 100 degrees as a hit wave struck Southern California.

Fire crews were sent to an area near the dam and West Fork Day Use area at 12:22 p.m. Sunday, Sept. 6, according to a Los Angeles County Fire Department dispatcher.

The fire generated a pyrocumulus cloud that was seen for miles, across many parts of Los Angeles County. After the fire erupted, firefighters reported experiencing erratic fire behavior.

The United States Forest Service on Friday, Sept. 14, announced the temporary closure of all eighteen national forests in California, including the Angeles National Forest, due to historic wildfire conditions.

Initially, only eight forests were closed but due to the growing fires, officials decided to extend the closure to the additional 10 National Parks. 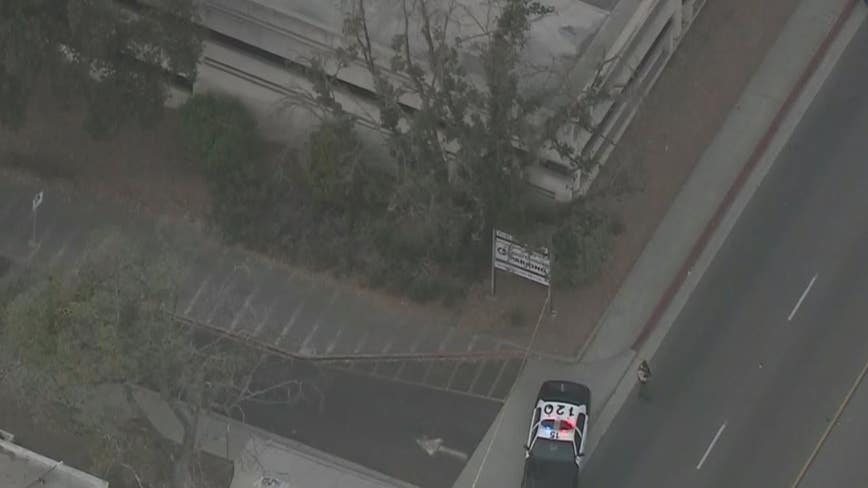