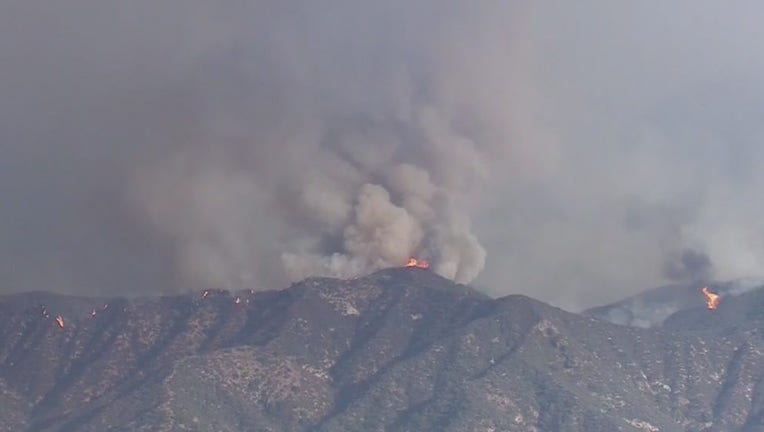 LOS ANGELES - Federal investigators are looking into whether a huge wildfire near Los Angeles was sparked by Southern California Edison utility equipment, the company said.

Edison has turned over a section of an overhead conductor from the utility’s facility near a dam in the area where the Bobcat Fire started Sept. 6, company spokesman David Song said Wednesday.

In an incident report filed with the state Public Utilities Commission last week, Edison said its equipment experienced an issue near the area where the fire was first reported.

The initial report of fire was near Cogswell Dam at 12:21 p.m. Sept. 6, the utility wrote in its filing.

Five minutes earlier, at 12:16 p.m., a circuit at the substation in the San Gabriel Mountains experienced a “relay operation,” Song said, indicating its equipment detected some kind of disturbance or event on the circuit.

Cameras captured smoke developing in the area around 12:10 p.m., prior to the activity on Edison’s circuit, Song said.

Edison will assist the U.S. Forest Service in its investigation of the fire that has burned more than two dozen homes and other buildings on its way to becoming one of the largest blazes in Los Angeles County history.