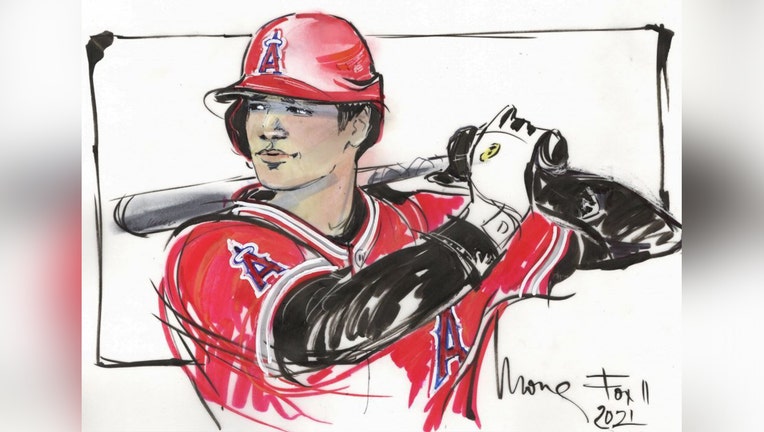 Mona S. Edwards is a well-known courtroom sketch artist who has been working and has been sketched moments vital to the history of Los Angeles. High-profile trials such as Michael Jackson, O.J. Simpson and has worked with FOX 11 to sketch wonderful moments that include Kobe Bryant and the Dodgers world series victory.

Ohtani’s arrival to the MLB has taken the sports world by storm. Coming into the MLB there was a lot of speculation on how his dual-position would fit in modern MLB, there hasn’t been a true two-way player since Babe Ruth and a few others in his era. Aside from a Tommy John surgery early in his MLB stint, he seems like he’s breaking records weekly but that’s a credit to the player he is. He became the first MLB player to make an All-Star game roster as a pitcher and a position player. He also had the most home-runs by a Japanese player in a major league season and he has so many other records left to break. At the moment, he’s leading the MLB in home-runs and is top five in RBI’s, as well as being the frontrunner for AL MVP. With superstar teammate Mike Trout on his side, the Angels' future is nothing but bright.

Download a digital copy of the sketch by clicking here.