LOS ANGELES - Over the past couple of years, FOX 11 has asked sketch artist Mona S Edwards to sketch LA’s most important moments, and this moment in Los Angeles baseball is no exception. 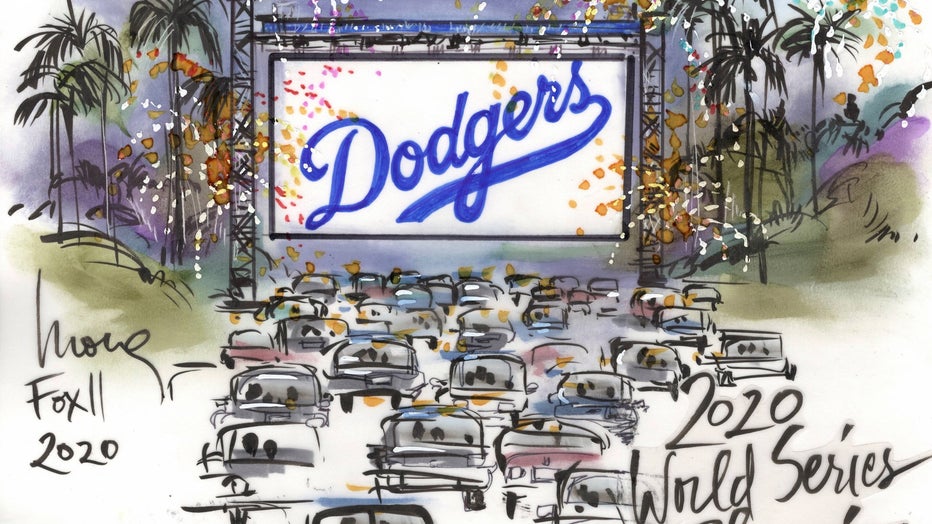 The sketch features the fans who flocked to Elysian Park at Dodger Stadium which was turned into a drive-in movie theater so fans could enjoy the post-season together safely. 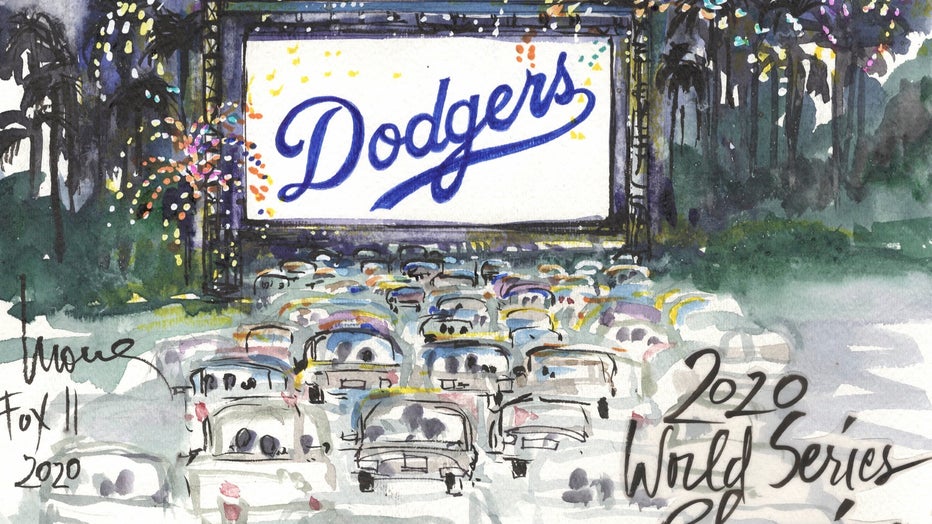 The Dodgers have won a record 25 NL pennants, half since leaving Brooklyn for Los Angeles after the 1957 season, but are seventh in World Series titles behind the New York Yankees (27), St. Louis Cardinals (11), Boston Red Sox and Philadelphia/Oakland Athletics (nine apiece) and New York/San Francisco Giants (eight).

RELATED: Hundreds of honks for every run at Dodgers' drive-in

Edwards is a famous courtroom artist who has been working in Los Angeles for over two decades. Her illustrations include high profile trials such as Michael Jackson, O.J. Simpson, the Menendez brothers, and more light-hearted news like fashion shows. She began her career as a fashion illustrator, and having an interest in news, began using her illustration skills in the courtroom.

To hear more about Mona S. Edwards, listen to the Olympic & Bundy podcast, where she talks about some of the more memorable cases she's worked on, her illustration style, capturing the big "moment" of the day, and a lot more:

Edwards has also created sketch art for television and film and taught fashion sketching classes at UCLA and other academic institutions.