EDD scams on the rise

Crishandara Foster from Watts found out that 4 checks totaling $6,000 went to an address in Richmond, Virginia but she didn’t know it until she filed for unemployment.

BEVERLY HILLS, Calif. - Beverly Hills...famous stores, fancy cars, and these days it's ground zero for scammers ripping off other peoples' unemployment benefits to buy expensive things for themselves.

They come in the form of debit cards. Now, it's starting to look like some of you may not have been getting your EDD debit cards because others were stealing them.

“What we discovered was that 80% of the arrestees, people arrested,  were from out of state," said Beverly Hills Police Spokesman Max Subin.

This scam appears to be nationwide.

Take Crishandra Foster from Watts, for instance. She found out that 4 checks totaling $6,000 - money she needed - went to an address in Richmond Virginia.

But she didn’t know that until she had to file for unemployment. 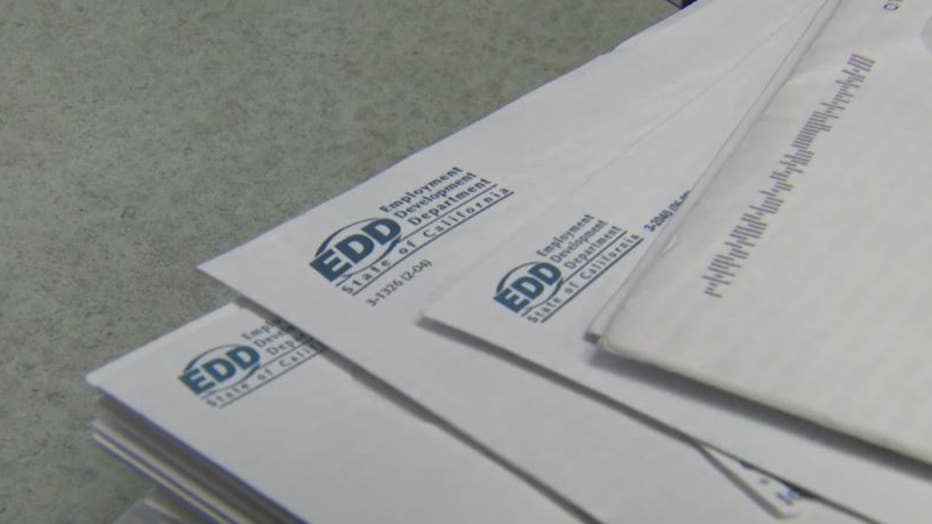 “So, last August I went into the EDD system… tried to create me an account and it said I wasn’t eligible for any claims. So, when I called EDD they told me there was a claim already opened in my name," Foster said.

She says the claim was opened July the 12th and four payments were sent to Richmond, Virginia.”

Like the person in Richmond who got Foster’s EDD mail, we met a woman at the Beverly Hills Police Department who got a stack of EDD mail. She says the 40 or so envelopes she received were all to different people and sent to one address... hers! But she hadn’t applied for a claim. Police haven't opened her envelopes yet so it’s not known what was in them, but Subin says they could be first round of letters saying a claim was filed and giving future instructions.

Police say scammers may stake out a home where a mailbox isn’t emptied daily as a place to divert EDD mail for a scammer to pick up.

Since September 3rd, 44 people have been arrested in the scam. Subin says that 80% of those aren’t even from California.

“They are coming from out of state,  taking flights… renting luxury vehicles through different means of renting cars through rental car apps and such. And, they’d go to Rodeo Drive and they’d go to high end stores and buy high end purses and merchandise like that,” he said.

Some businesses are welcoming customers back to their stores but discouraging any use of EDD cards. And, the merchants say they have developed instant store to store communications.

Kathy Gohari is the Vice President of the business association Rodeo Drive Committee.

“We are on group chats. Pretty much every merchant up and down this street so, we an get internal messages out there” Gohari says, “It happens almost every day if there’s no picture ID that matches.”

To the mayor of Beverly Hills, crooks aren’t welcome here.

“It’s just unbelievable that anyone would take advantage of this situation in the way people are doing so," said Mayor Lester Friedman.

He says that the culprits are committing "a criminal act.

Meanwhile, Crishandra Foster struggles to get her benefits. She says she now is having to prove to EDD officials that she is who she says she is and every day is trying to get people at EDD on the phone to help her do that. She is frustrated with the whole process.