Teen shot, crashes while on the way to Valencia hospital

The circumstances leading up to the shooting are unknown.

SANTA CLARITA, Calif. - A 16-year-old is recovering after he was shot and then got into a car crash on the way to the hospital in the Valencia neighborhood of Santa Clarita, officials said.

SkyFOX was over the crash scene in the 23800 block of McBean Parkway around 8 p.m. Wednesday, which is right outside the Henry Mayo Newhall Hospital.

Investigators with the Los Angeles County Sheriff's Department were working to determine what led up to the shooting and if he was driving himself to the hospital for treatment. 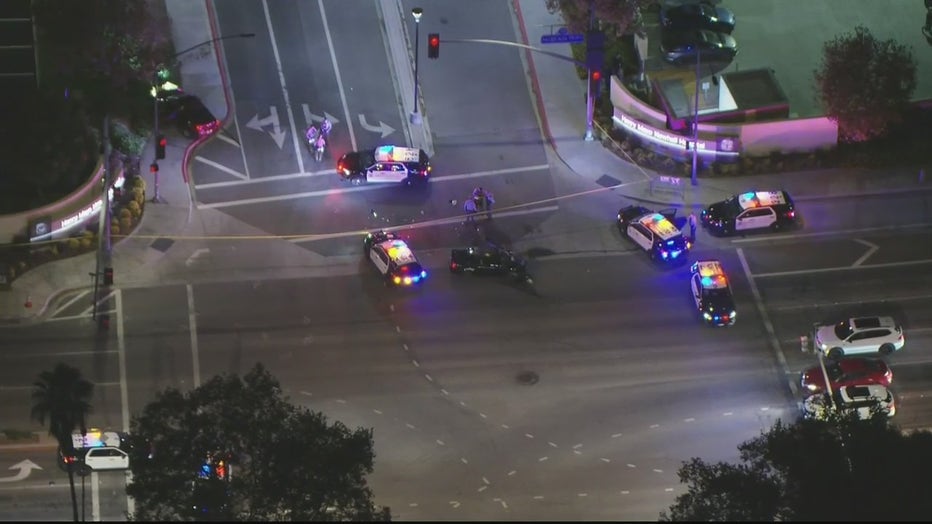 Police are investigating a crash in Valencia. (FOX 11)

Authorities said the teen is expected to make a full recovery.

A teenager who was shot got involved in a crash in the Valencia neighborhood of Santa Clarita while trying to get to the hospital.

No one else was hurt in the collision and the cause of the crash is under investigation.