LOS ANGELES - Fans started lining up before 8 a.m. with the hope of getting into the Dodger Stadium store before any products run out. And, they are running out.

For instance, the store is out of fitted Dodger caps with the World Series logo affixed to it. A worker says he doesn't expect any more before either the Dodgers or Rays get to start selling World Series champ apparel. The question is which team will become the champs?

When asking fans standing in a long line on Retired Number Plaza outside the store some guessed the Dodgers would take it in 5. Others guessed 6. Some predicted 7 games. But, no one at Dodger Stadium picked the Rays as the champs. Makes sense, right? 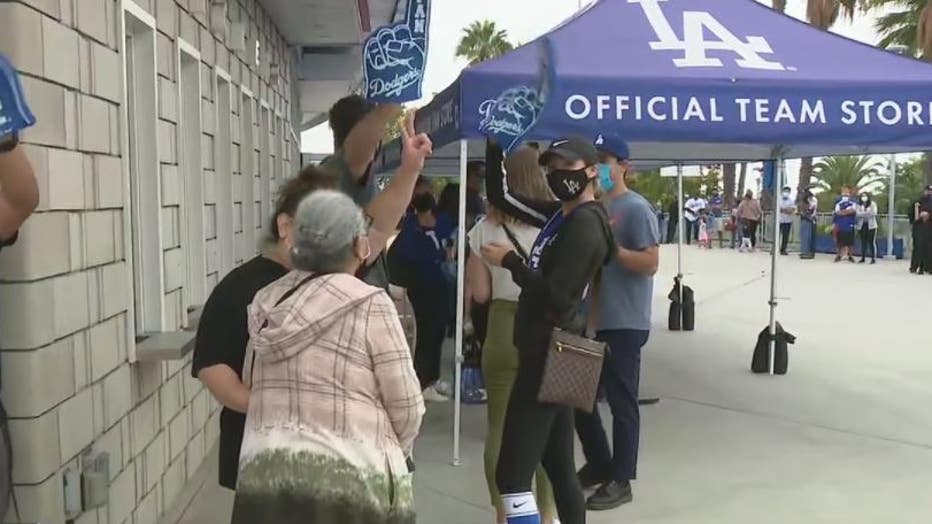 One man was in line buying a gift for his grandchild whose birthday is Monday. We found other diehard fans who were ecstatic at the idea the Dodgers are even in the series. They popped off proudly player names as if they were related. And, they talked about how bummed they were that Tampa Bay won Wednesday night. Even so, they were excited at just the idea that the next game is just a day away!