Dad of 2 in critical condition after LAX gas leak

LOS ANGELES - A father of two is still fighting for life at the hospital days after a gas leak at LAX.

The family of Christopher Abraham, 36, said he is in a medically-induced coma after being sickened by carbon dioxide that was released from a fire-suppression system in an electrical utility room at the airport.

The incident happened on Monday about 200 feet from Terminal 8, prompting an evacuation of the terminal and impacting inbound flights.

Abraham works as a pipefitter, according to his family, and was doing contract work at the airport with three colleagues when the incident happened.

"He [Christopher] was on the ladder mending a leak when it started to fill with the fire suppression and he [Christopher] said 'get  the hell out of here.' His tool went down, and he got down off the ladder. The three of them [colleagues] made it out with minor irritation in their lungs. Christopher was the last one making sure they got out, and he did not make it out," said Charley Abraham, Christopher's uncle. 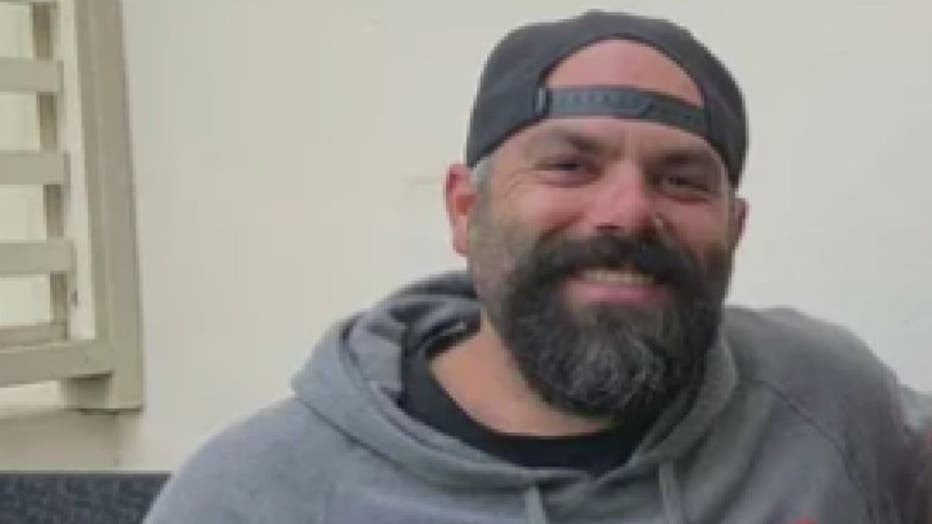 A father of two is fighting for life at the hospital after Monday's LAX gas leak. (FOX 11)

Charley said Christopher was in grave condition, but is now critical.

"The doctors have put him in a medically induced coma because he's been suffering from seizures repeatedly and it won't let his brain heal. The prognosis right now is they're not gonna remove him from the medically induced coma until the weekend to see how his brain is recovering and then we're going to take it from there and it's a slow process and we really need your hope and prayers and any support you guys can offer us," said Charley.

Charley said Christopher has two children, a boy and a girl, ages six and nine.

"Our lives are changed forever with this incident. With all the hope we can muster, we still foresee long-term complications. The cost is devastating to our family emotionally, and we really ask for your support and your help. All of our family are here taking shifts, holding his hands, talking to him and making sure that whatever senses he does have, he knows that we're there for him and he can come back," said Charley.

The family said there are unanswered questions about what happened.

"There are a lot of unanswered questions about how those things transpired. I don't know the full events until Chris wakes up and tells us what happened," said Charley.

LAX officials told FOX 11 the investigation is now solely being handled by CAL/OSHA.

Charley said the family does not have plans to pursue legal action at this time.

"We're mainly focusing on keeping Chris aware that he's loved and we're waiting for him. We're just trying to focus on getting Chris back to health, that's it," said Charley.

A GoFundMe page has been launched to help the family cover medical expenses. Those interested in helping can click here for more information.