Shocking video captured by a witness shows a large fire at a homeless encampment in Culver City.

CULVER CITY, Calif. - A shocking video captured by a witness shows a large fire at a homeless encampment in Culver City.

Over the weekend, firefighters in Culver City received reports of a fire in the 10000 block of Jefferson Boulevard around 10:45 p.m. Sunday.

Early Monday morning, a witness shared a video on social media of the large fire believed to be taking place at the homeless encampment. In the 32-second clip, there are at least four loud bangs heard in the fire scene. 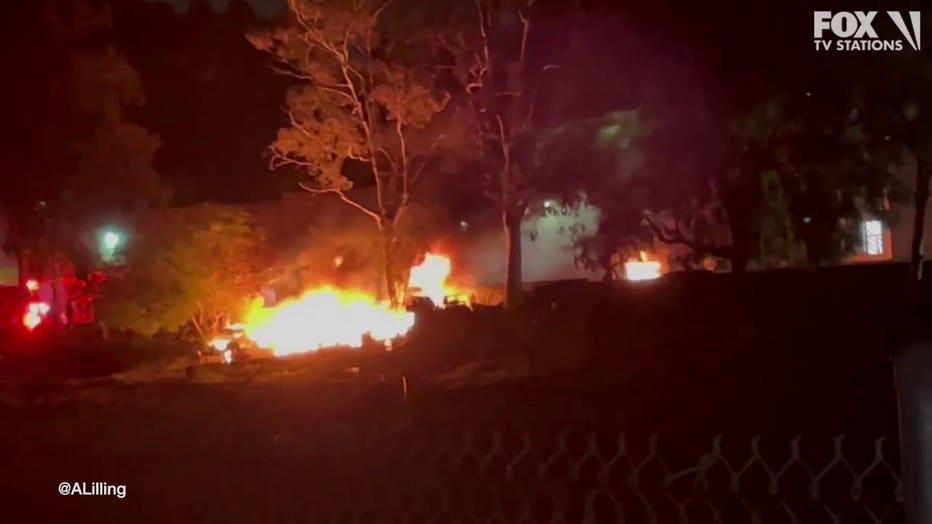 As of Monday evening, no arrests have been announced in connection to the fire. The cause of the fire remains under investigation.

The Culver City Firefighters' Association commented on the video highlighting the dangers that crews have to deal with when they respond to fires like the one that broke out over the weekend.

"You can hear aerosol cans and mini propane tanks exploding in [last night's] fire along Ballona Creek," the union commented on social media.

The union reports neither the firefighters nor civilians were injured in the fire. Officials did not say who threw the aerosol can or how it ended up in the dangerous scene in the first place.