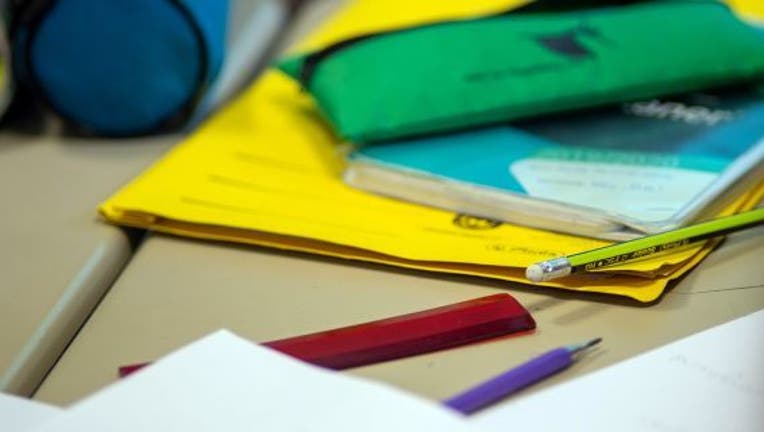 SACRAMENTO, Calif. - Most of California’s 6 million public school students have not seen the inside of a classroom in 10 months. Gov. Gavin Newsom is hoping his $2 billion plan to resume in-person classes will get schools to reopen quickly.

Newsom’s "Safe Schools For All" plan, officially introduced Friday as part of his 2021 budget, has already faced strong objections from teachers and many of the state’s largest school districts. Critics say the plan’s funding is not sufficient to ensure safety in California classrooms, as COVID-19 case rates and deaths skyrocket, and it risks deepening the inequities that the pandemic has already laid bare.

His plan for schools to start in-person learning by spring allocates $2 billion for coronavirus testing, personal protective equipment and increased classroom ventilation that would allow classrooms to reopen safely. It still needs approval from the state Legislature to take effect.

The plan includes a one-time payment of at least $450 per student for school districts that offer in-person instruction. It proposes a phased approach that prioritizes the state’s youngest students and those with special needs, who have struggled the most during months of distance learning. Schools that serve low-income families, English learners and foster children could qualify for additional funding.

California was the first in the country to issue a statewide shutdown order in mid-March, and most of the more than 1,000 school districts have not resumed in-person classes since then.

Newsom said his recommendation was driven by increasing evidence that there are lower risks and increased benefits from in-person instruction, particularly for the youngest students. It comes amid increased pressure from parents and politicians to reopen campuses.

To qualify, school districts must submit a COVID-19 safety plan by Feb. 1, with approval from local health authorities, and commit to regular testing, all students and teachers wearing masks and for officials to put their phased-in approach in writing. Schools would reopen classrooms by mid-February for students in transitional kindergarten through second grade and children who are homeless, in foster care and without access to computing devices or high-speed internet. Schools would resume in-person classes for third through sixth graders by mid-March.

But it says schools will only qualify to reopen in counties where the seven-day average coronavirus case rate is at or below 28 per 100,000 residents. That means students in the most highly populated and hard-hit counties, such as Los Angeles, Fresno and elsewhere, may have to wait longer to return to in-person learning than students in other areas with lower infection rates.

Earlier this week, the superintendents of seven large California school districts wrote a joint letter to Newsom that voiced support for the additional funding but said the plan "does not address the disproportionate impact the virus is having on low-income communities of color," particularly in the urban school districts that serve nearly a quarter of California’s 6 million students.

The seven superintendents — representing the state’s four biggest districts of Los Angeles, San Diego, Fresno and Long Beach as well as Sacramento, Oakland and San Francisco — wrote that Newsom’s plan was not helpful enough for their urban districts that serve a large percentage of students from poorer neighborhoods hard hit by the virus. They called for more defined rules around PPE and vaccinations.

While it calls for a "safe school environment" that includes masks, social distancing, and better ventilation, it leaves the details of creating that safe environment up to the state’s 1,000 districts which would create "a patchwork of safety standards."

"It also reverses a decade-long commitment to equity-based funding," the superintendents wrote, saying that the plan is likely to wind up funneling money into wealthier districts and exacerbate inequities.

Public education accounts for roughly 40% of all state general fund spending. The amount of money school districts receive fluctuates annually based on a complicated formula outlined in the state Constitution that is based on revenues, per capita personal income and school attendance.