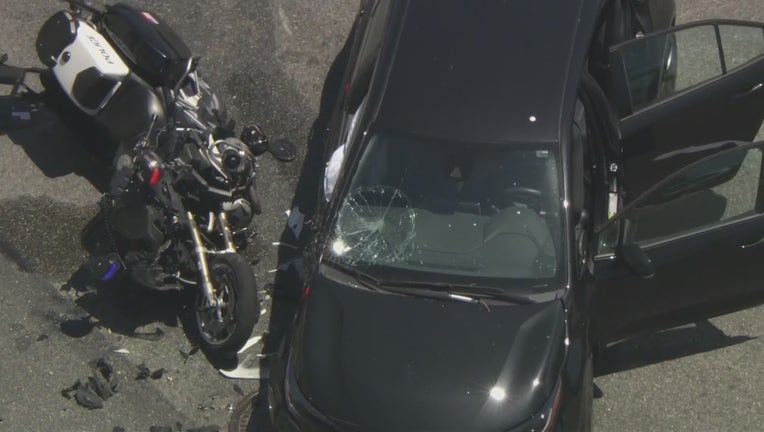 BEVERLY HILLS, Calif. - Authorities are investigating a crash in Beverly Hills involving a police officer on a motorcycle Wednesday afternoon.

The Beverly Hills Police Department responded to a call near the intersection of Wilshire Boulevard and South Robertson Boulevard after 1 p.m. Officials did not specify which department the officer involved in the crash is affiliated with.

As of late Wednesday afternoon, it is unknown how many people were hurt in the crash. Officials also did not specify the condition of the motorcycle cop.