Not only did he honor Kobe Bryant by wearing his jersey, but Super Bowl MVP Cooper Kupp acknowledged the legendary Laker while addressing the crowd at the Rams Super Bowl victory rally.

"I'm standing here in this city that knows nothing but championships, we're out here celebrating this championship. Kobe's a part of this. He belongs here. I'll tell you what… he set the standard. All I know: Get back to work. Let's run it back," Kupp said. 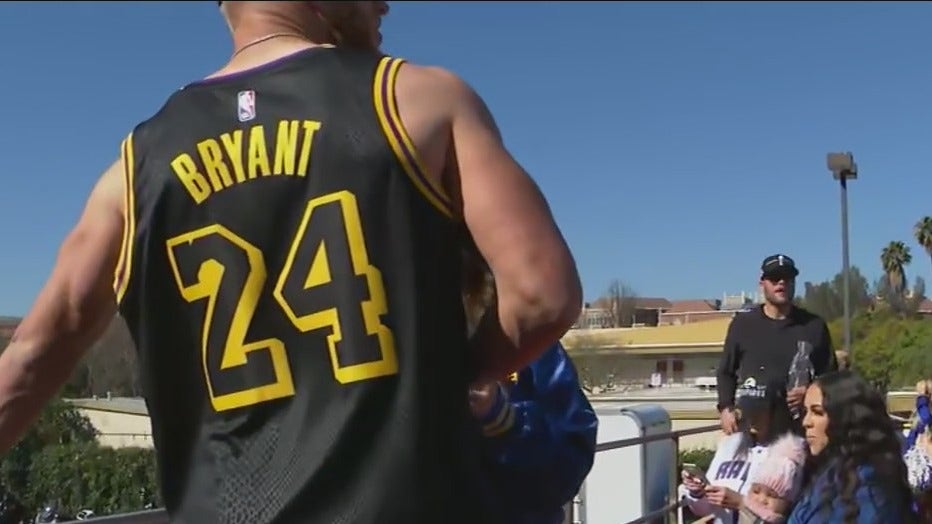 Kupp was a breakout star for the Rams this season, earning the MVP award in Super Bowl LVI, being named the NFL's Offensive Player of the Year, receiving a unanimous vote to the All-Pro team and scoring his first Pro Bowl selection. 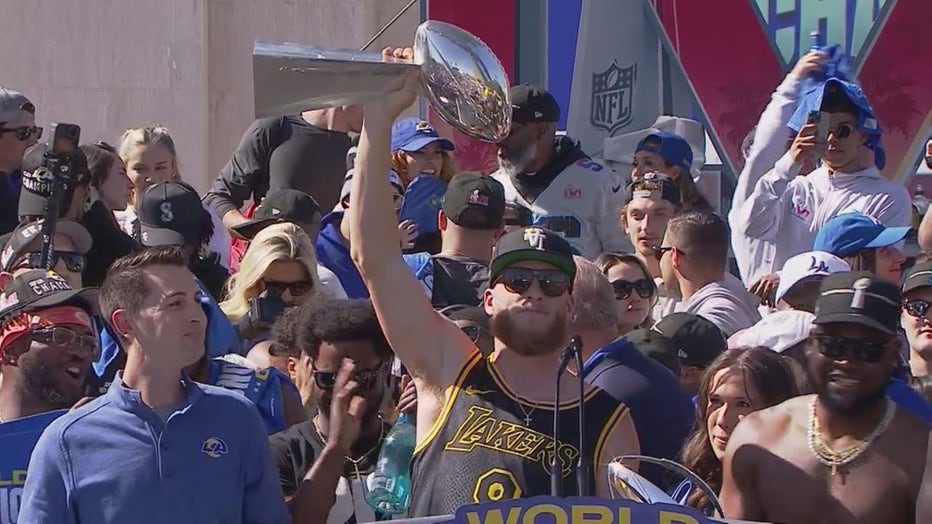 Kupp and his teammates participated in Wednesday's Championship parade and rally at Exposition Park and the historic Los Angeles Memorial Coliseum to celebrate their Super Bowl LVI victory against the Cincinnati Bengals.