"I’m going to get that n-----’s name on my face. That’s a champ right there. F---in’ Gascón," says gang member Luis Angel Hernandez in a jailhouse phone call. The audio was first made public in an episode of "Tucker Carlson Originals" about Gascón called "Suicide of Los Angeles," which is now streaming on Fox Nation.

According to a law enforcement source, Hernandez shot and killed a delivery person for a marijuana delivery service during an armed robbery in 2018. He is a member of the OTF gang.

Upon taking office, Gascón implemented a controversial directive that barred prosecutors from applying "enhancements" in nearly all cases, no matter how heinous the crime. Enhancements increase sentences based on the circumstances of a crime.

LISTEN: Convicted murderer vows to get DA Gascon's name tattooed on his face

Hernandez faced enhancements for being a gang member, using a firearm in the commission of a crime, and for the "special circumstance" of committing murder during an armed robbery.

The enhancements were dropped because of Gascón policy, according to law enforcement sources.

That was cause for celebration for Hernandez.

"This s--t looking real good. Now we got a new DA in LA … so they’re going to drop a gang of, um, like my gun enhancement, my gang enhancement," he says in the jailhouse phone call. "My gang enhancement is 10 years, fool, for being a gang member. And then the gun in the commission of a crime."

Hernandez initially faced life without the possibility of parole, which is also barred by Gascón's directives in nearly all cases.

"That’s the n----- right there, bro. He’s making historic changes for all of us, fool. I’m just grateful, fool. Like, I got good news off that s--t," Hernandez says in the audio.

Hernandez pleaded guilty to murder and the personal use of a firearm. He will be eligible for youthful offender parole, which would limit his time in prison to 25 years.

In February, Fox News obtained and published audio of a convicted sex offender named James Tubbs gloating over the light punishment he received for his pedophilia-related conviction. 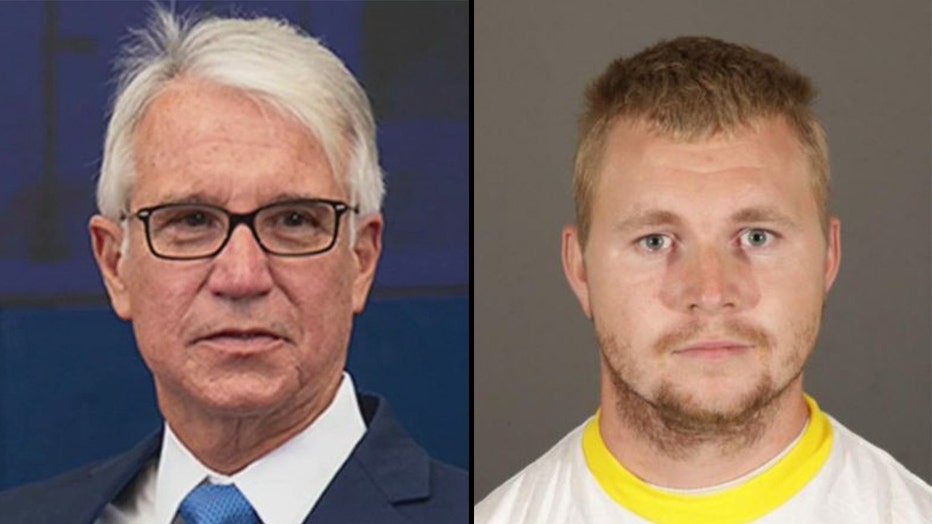 Hannah Tubbs began identifying as female after being arrested in connection with a 2014 child molestation case, according to prosecutors.

Tubbs was convicted of sexually assaulting a minor in a Denny’s restaurant in East Palmdale, Calif., in 2014. In the phone recording, he refers to his victim as a "piece of meat."

Tubbs, who is an adult, was a minor at the time of the crime. Under Gascón's policy of never transferring minors to adult court, Tubbs received a two-year sentence and was placed in a juvenile facility for women after changing his name to Hannah and claiming to be transgender.

"Right here with my cellie," Dorsett says in the video. "Some white lightning, a little cup, boom! Celebrating us going home on this Gascón directive. Whoop!"

Dorsett is serving a 40-year prison sentence for the 2005 execution-style murder of a rival gang member.