LOS ANGELES - A large-scale COVID-19 vaccination site at Cal State Los Angeles that was set to close later this month will continue operating under the auspices of the city of Los Angeles, Mayor Eric Garcetti announced Thursday.

The vaccination site opened in February as an eight-week pilot project by the Federal Emergency Management Agency and the Governor's Office of  Emergency Services. By the time that eight-week project ends on April 11, the
site will have administered about 300,000 doses. 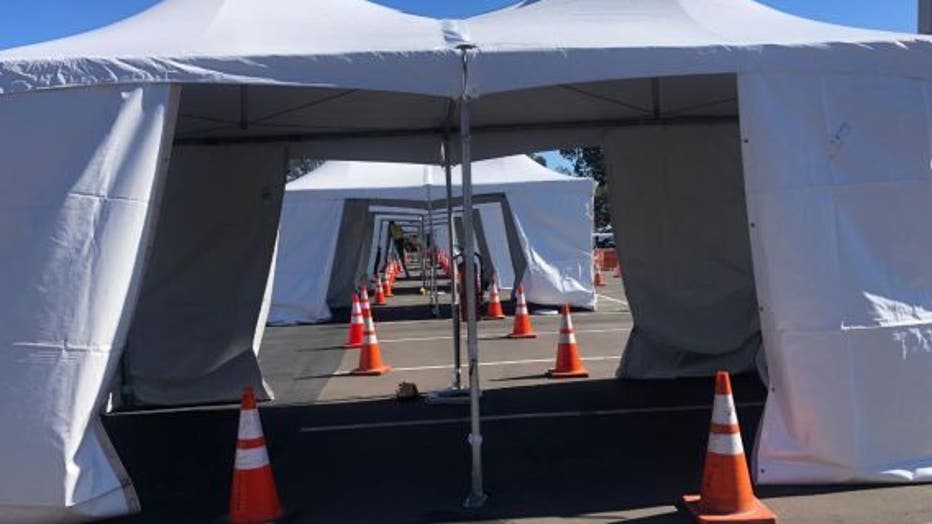 But its pending closure presented a concern at a time when eligibility for shots is expanding -- to everyone 50 and older on Thursday and to everyone 16 and up on April 15. The site's location in East Los Angeles also made it a convenient option for communities hard-hit by the pandemic. FEMA was also conducting mobile clinics in the community to accommodate people unable to make it to the site.

Garcetti said Thursday the site will be incorporated into the city's vaccination program, which includes several large sites already, including one at Dodger Stadium.

"So we will take over those operations,'' he said. "The city, we couldn't be more proud or more ready to get the job done. Together with the county we'll get the doses. Launched by FEMA and Cal OES as a pilot site, it will have administered 300,000 doses in just eight weeks. And now as they prepare to hand the keys over to us, we're getting ready to seize this opportunity to integrate the site into our larger citywide efforts and get more vaccines into arms.''

As a federal pilot program, the site at CSULA has been receiving direct allotments of vaccine from the federal government, adding to the overall vaccination supply and not cutting into Los Angeles County's weekly allotments.

It was unclear if the site will continue to receive such allocations when the city takes over.

"I still continue to ask the federal government: give us those direct doses to the county and the city,'' Garcetti said. "We'll get the job done.''

Southern California Vaccine Finder: Where to get your COVID-19 shot

On Tuesday, California Sens. Dianne Feinstein and Alex Padilla sent a joint letter to acting FEMA Administrator Robert Fenton calling on the agency to work with local officials to ensure the site, and another similar operation in Oakland, "can continue to administer vaccinations and combat the COVID-19 pandemic.''

"In particular, we ask that you provide the California Governor's Office of Emergency Services and the counties of Alameda and Los Angeles with financial and logistical support so they can take over operations, and that the
federal government continues to send the sites direct shipments of vaccine
doses,'' the letter states.