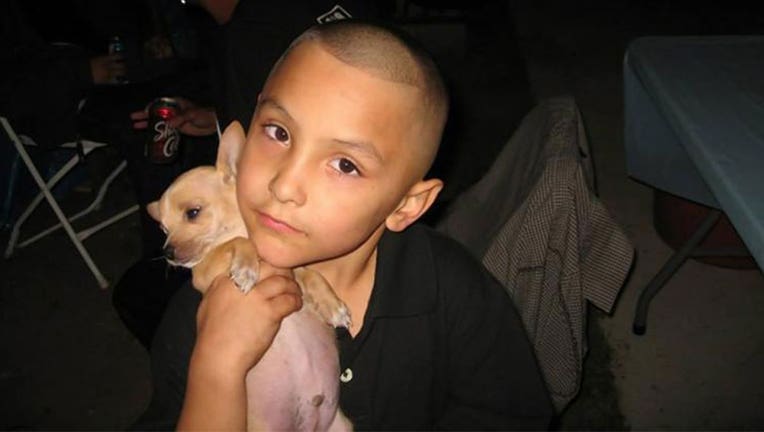 LOS ANGELES - A California appeals court on Monday threw out criminal charges against four former social workers over the 2013 torture-death of an 8-year-old boy.

In a 2-1 ruling, a panel of the California 2nd District Court of Appeal found that the Los Angeles County social workers couldn’t be charged with child abuse and falsifying public records in the death of Gabriel Fernandez because, according to the ruling, they “never had the requisite duty to control the abusers and did not have care or custody of Gabriel,” the Los Angeles Times reported.

The Palmdale boy died from months of abuse meted out by his mother and her boyfriend because they believed he was gay, prosecutors said.

In 2018, Superior Court Judge George G. Lomeli sentenced the boy’s mother, Pearl Sinthia, to life in prison without possibility of parole and issued a death sentence to Isauro Aguirre, calling the abuse “horrendous, inhumane and nothing short of evil.”

Gabriel was repeatedly beaten, starved, tied up, locked in a cabinet, shot with a BB gun and once had his teeth knocked out with a bat, the judge said. The boy also had a fractured skull, broken ribs and burns across his body.

In an unusual move, in 2016 Los Angeles County prosecutors filed criminal charges against four former employees of the county’s Department of Children and Family Services, accusing them of being criminally negligent. Prosecutors contended that Kevin Bom, Stefanie Rodriguez, Gregory Merritt and Patricia Clement downplayed and concealed the abuse.

Rodriguez’s attorney, Lance Michael Filer, said the overturning of charges said that his client has been dealing with the case for years and that “this has been the news she’s been waiting to hear for a long time.”

“Our position has always been the same,” Filer told the Times. “That neither she nor anyone else in her shoes should have been held criminally accountable for the unpredictable nature of criminals and that the people that actually harmed Gabriel have already had their trial and day in court.”

Clement’s attorney, Shelly Barbara Albert, said his client is “looking forward to putting this behind her.”

There was no immediate word on whether prosecutors planned to continue pursuing the case.