U.S. health officials said Monday Johnson & Johnson’s COVID-19 vaccine may pose a "small possible risk" of a rare neurological disorder known as Guillain-Barré syndrome, another setback for the vaccine that was temporarily paused earlier this year.

About 100 suspected cases of Guillain-Barré syndrome were identified out of 12.8 million doses of the Johnson & Johnson shot, according to a statement from the U.S. Centers for Disease Control and Prevention. The cases were mostly reported about two weeks after vaccination and mostly in men, age 50 and older, the CDC said.

The CDC said it would ask its panel of outside vaccine experts to review the issue at an upcoming meeting. J&J didn’t immediately respond to a request for comment.

Available data did not show a similar link with the Pfizer-BioNTech or Moderna vaccines, of which more than 320 million doses have been administered. 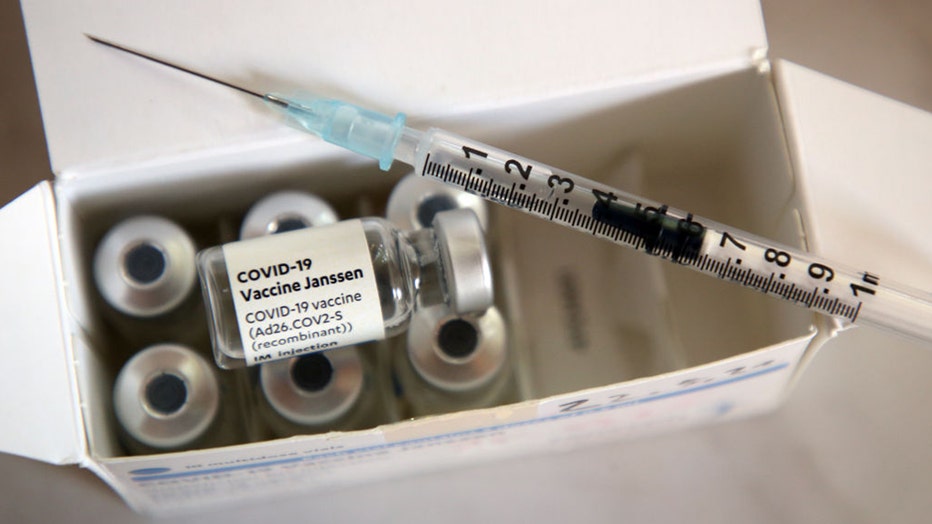 FILE - A syringe with vaccine from the manufacturer Johnson & Johnson is ready for injection.

The condition can range from a mild case with brief moments of weakness to near-paralysis — leaving the person unable to breathe independently. Most people eventually recover, even from the most severe cases, but some are left with permanent nerve damage.

While the exact cause of the syndrome remains unknown, most cases usually follow a respiratory or gastrointestinal viral infection. An estimated 3,000 to 6,000 people develop Guillain-Barré syndrome each year in the U.S., according to the CDC.

The announcement comes as another blow to the J&J shot after U.S. officials briefly paused its use in April to investigate reports of rare blood clots. Officials said that out of nearly 8 million people vaccinated before the pause, health officials uncovered 15 cases of a highly unusual kind of blood clot, three of them fatal. All were women, and most younger than 50.

Advisers to the CDC later voted 10-4 to resume the shot’s emergency use authorization, saying the vaccine’s benefits outweighed the serious but small risk.

To date, nearly 13 million people in the U.S. have received the J&J shot, CDC data shows.

Vaccines historically provide broad protection with little risk but come with occasional side effects just like other drugs and medical therapies. The three COVID-19 vaccines used in the U.S. were each tested in tens of thousands of people, but even such huge studies can’t rule out extremely rare side effects.

The CDC and the Food and Drug Administration have been monitoring side effect reports submitted by physicians, drugmakers and patients to a federal vaccine safety database.