INGLEWOOD, Calif. - A street vendor minding his own business selling flowers was verbally abused, robbed and attacked in Inglewood on Sunday morning.

Apparently, a woman got off of a bus and started verbally abusing and then attacking 28-year-old street vendor Ernesto Francisco in front of the Inglewood Park Cemetery.

In the video, you can see the woman shove the man to the ground and knocked over his flowers. She grabs up a bouquet and then calmly walks off back towards her vehicle as bystanders call the police.

A short time later, bystander Luis Rivera came by and recorded police arresting a 30-year-old Los Angeles woman who was booked on a robbery charge.

"But the good thing is, she's she got arrested. You know, she got what she deserved," Rivera said. 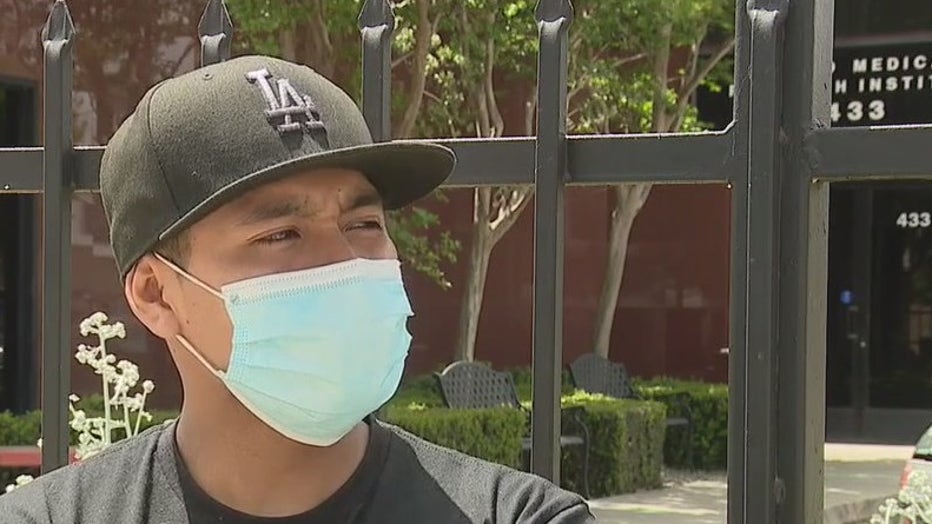 Rivera is a 22-year-old LAX cargo worker from Compton and explained why he is speaking out.

"They're not harming anyone, well, they're just minding their own business trying to make a living the right way, the hard way to draw this to be happening to them, just like this one is pretty messed up. It makes me sad," Rivera said.

"This was an unfortunate incident, no injuries were reported, and the female was placed under arrest on charges related to a robbery. There is no further information at this time."

If you would like to help a GoFundMe page has been set up for Ernesto.