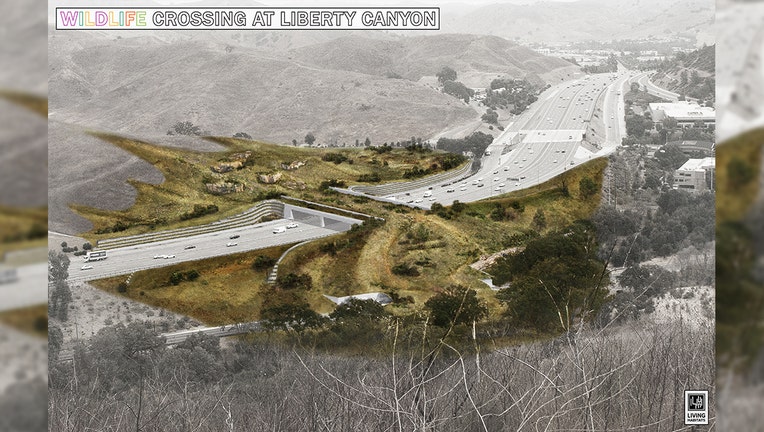 LOS ANGELES - The fundraising campaign to create a wildlife crossing over the 101 Freeway in Agoura Hills has reached the $18 million mark, putting the groundbreaking within sight, organizers announced Wednesday.

The total raised by the National Wildlife Federation's .SaveLACougars campaign includes a recent $1.4 million gift from a private donor.

"The incredible support of people from around the world has allowed us to advance this project from a visionary idea to an impending reality. This past fall, we released new design visualizations, Caltrans will have the blueprints for the crossing completed this summer, and if fundraising remains strong, we will break ground in November," said Beth Pratt, California regional executive director for the National Wildlife Federation and leader of the campaign.

Officials say the project at Liberty Canyon would likely be the world's largest such crossing, and they hope it could serve as a model for urban wildlife conservation across the globe.

The crossing is intended to save the local population of mountain lions from extinction, and is being funded largely from private donations. The $1.4 million gift came from an anonymous donor from La Canada Flintridge, who has given $2 million to the project to date.

Organizers say her interest in the lives of wild animals goes back to 1970 when she and her late husband first went to East Africa. At home, their backyard acreage has hosted most kinds of suburban wildlife: squirrels, rabbits, bobcats, coyotes, skunks, common and rare birds, an occasional possum and raccoon, and one stag.

SUGGESTED: 'It's working!' Video shows wildlife crossing bridge built for them to get across highway safely

A bridge built to help get wildlife across the interstate safely is apparently working in Utah. (Credit: Utah Division of Wildlife Resources)

Her interest in the crossing began with reading about the project. "I had long followed articles in the Los Angeles Times about the fatalities of mountain lions in the Santa Monica Mountains trying to cross the freeways that define their living spaces, she said in quote provided by the .SaveLACougars campaign. "In 2018 an article reported that Caltrans was working on a design for a freeway overcrossing at Liberty Canyon, but that it would not be financed by the annual budget of Caltrans. So, I wanted to contribute to help make this a reality."

Pratt praised the generosity of the anonymous woman, and all the donors.

"As someone who has spent a lifetime protecting wildlife, I am inspired by people like this anonymous donor who answer the call," she said. "Her donation -- the largest from a private donor to date for the project -- advances the crossing significantly. Her incredible legacy -- and the legacy of all who donate -- will be preventing the extinction of these magnificent mountain lions." 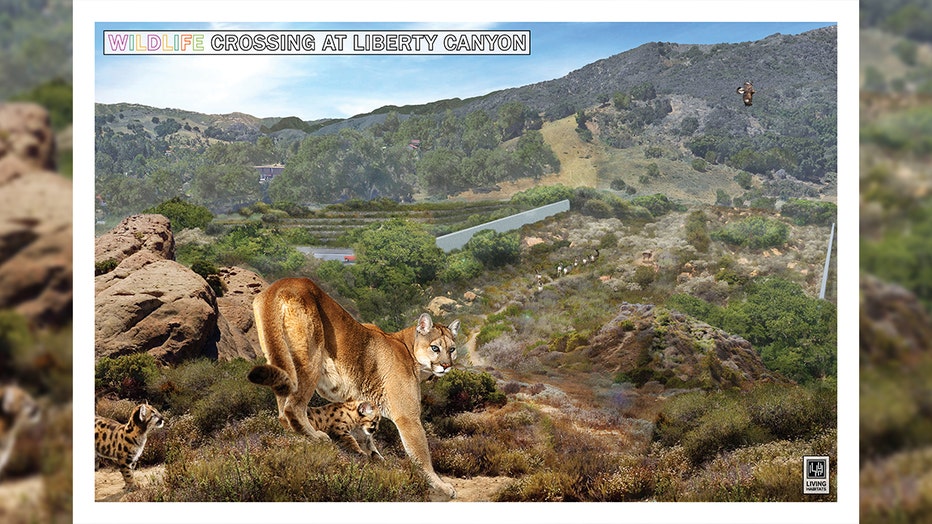 Another long-time supporter, Carolyn Davis, contributed $500,000 to the effort in December. "This project is especially near and dear to my heart because I live just a few miles away from Liberty Canyon," Davis said. "I love cats of all sizes and am especially inspired by the beautiful and majestic mountain lions. I would encourage everyone to give whatever they can to help ensure a bright future for all of our wildlife neighbors who will enjoy the new wildlife crossing. Hopefully, this will become a model for more wildlife crossings in California!"

Other recent donors to the project include a couple from Kansas who have contributed $675,000 after reading about the plight of the Los Angeles area cougars in National Wildlife magazine, along with a resident of the community where the crossing will be located who contributed $250,000 on behalf of the M. Piuze Foundation in memory of its founder.

Officials with the campaign say that in addition to saving the mountain lions from likely extinction, the crossing will also reconnect a long-fragmented ecosystem for all wildlife in an area recognized as part of one of only 36 biodiversity hotspots worldwide.

And as a major green infrastructure project for the state of California, construction for the crossing will generate jobs in the region and economic benefits into the future.

To learn more about the .SaveLACougars campaign or to donate, visit https://savelacougars.org/.