WOODLAND HILLS, Calif. - She bought a $20 lottery ticket back in January and now she's California's biggest Mega Millions winner so far this year!

California Lottery officials on Wednesday announced Kristine Wellenstein has come forward as the sole winner of the $426 million jackpot and has opted to take the lump sum as a result of her win.

Wellenstein's ticket, which she bought at the Chevron gas station located at 6061 Topanga Canyon Boulevard in Woodland Hills, was the only one in the United States to match all six numbers. 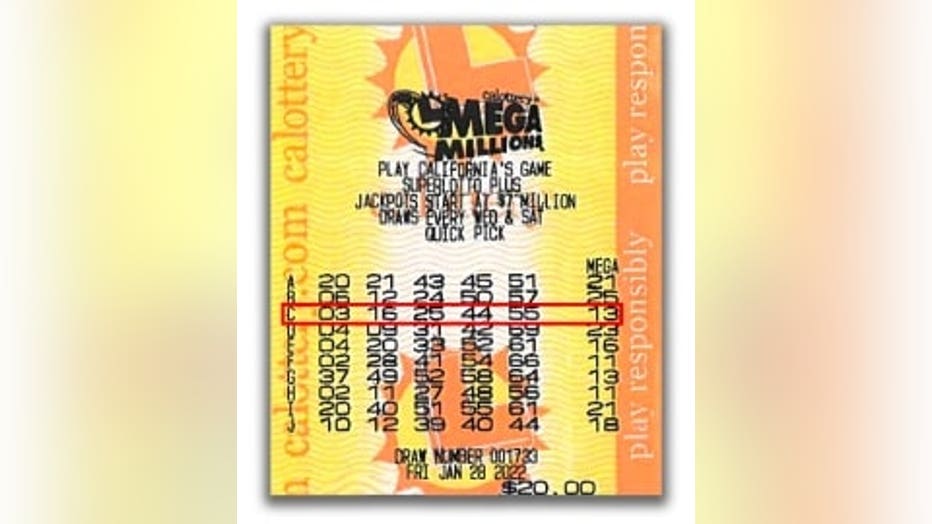 "When I realized I’d won, I was overcome with so many emotions, but mostly gratitude," said Wellenstein.

Wellenstein, who considers herself a private person and chose not to speak publicly, said she plans to "give back and support local and global-based initiatives," adding that her "team is in place to achieve those objectives."

The big win was the result of a jackpot sequence that started in October 2021 and rolled 27 times.

If you wanted to try your luck, the Mega Millions jackpot currently sits at an estimated $226 million, with a cash option of $129.8 million. The next drawing will be Friday at 8 p.m. PST.

The odds of winning something at any prize level, according to lottery officials, is 1 in 24.