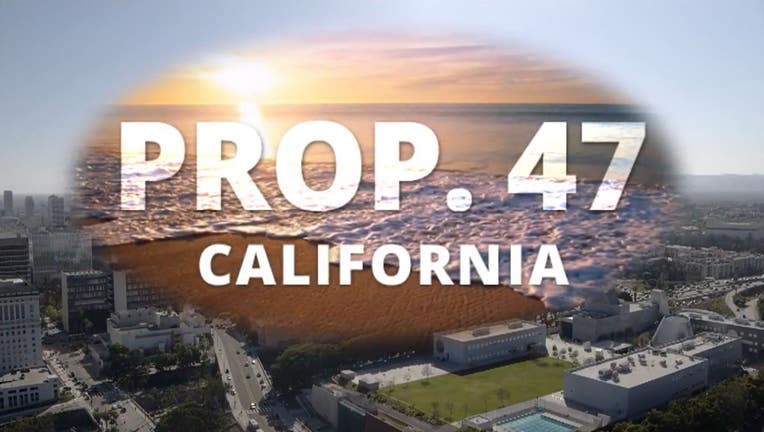 As crime continues to concern communities throughout California, Republican state leaders are making efforts to repeal a much-debated measure critics say has emboldened criminals and tied the hands of law enforcement.

In March, state legislators on the General Assembly's Public Safety Committee will conduct a hearing on AB 1599, which would pose the question of Proposition 47 – known as the Safe Neighborhoods and Schools Act -- to voters once again in an effort to crack down on rampant theft.

The measure was ushered in by voters in 2014 and has been blamed for the many brazen smash-and-grab thefts and shoplifting incidents plaguing cities up and down the state.

"It has essentially legalized theft and open drug use in California, culminating in these unbelievable smash-and-grab robberies," state Assemblyman Kevin Kiley, who is one of three GOP lawmakers who introduced AB 1599 in January. "Voters were egregiously misled about what this would do."

In an exclusive interview with FOX 11 earlier this week, anchor Elex Michaelson pressed Gov. Gavin Newsom on the controversial Prop. 47, asking whether or not that law has made California less safe.

Hailed as a step toward criminal justice reform by supporters, Prop 47 downgraded charges pertaining to certain theft and drug possession crimes from a felony to a misdemeanor if the value of the stolen goods is less than $950. As a result, thieves feel emboldened to commit crimes because of the soft penalties, said Kiley, whose assembly district includes portions of Sacramento County, northeast of San Francisco.

The new legislation introduced by Kiley and other lawmakers would overturn much of what’s in Prop 47 in an effort to "make crime illegal again," he said.

In January, Democratic Assemblyman Rudy Salas introduced his own legislation, AB 1603, which would lower the threshold amount for petty theft and shoplifting from $950 to $400, the original figures before the passage of Prop 47.

"We have seen the unintended consequences of Prop 47’s weakening of our theft laws and I believe California voters are ready to make their voices heard on this issue again," he said in a statement at the time. "AB 1603 provides that opportunity and will allow us to take a stand against the theft and criminal gangs who are plaguing our state."

If AB 1599 is passed and signed by Gov. Gavin Newsom, voters would have the final say on the fate of Prop 47. A recent survey conducted by the Institute of Governmental Studies at the University of California, Berkeley, and co-sponsored by the Los Angeles Times, found that most voters support changes to Prop 47.

Kiley said he recognizes the challenges of getting such a bill past California's heavily Democratic-controlled Legislature.

"I do think the situation has gotten so dire that perhaps even this Legislature is ready to take action," he said.

Upon its approval by nearly 60% of voters, Prop 47 was celebrated with much fanfare from criminal justice advocates and Democratic officials. Prior to that, it also received support from dozens of social justice groups and a slew of celebrities, including rapper Jay-Z and actors Cameron Diaz and Brad Pitt.

Fox News has reached out to the office of Gov. Gavin Newsom and American Civil Liberties Union chapters in southern and Northern California about the repeal effort. The ACLU said no one was available to comment on the matter.

In 2014, the ACLU NorCal endorsed the measure, writing that Prop 47 would reduce "barriers that many people with a low-level, non-violent felony conviction face to becoming stable and productive citizens, such as a lack of employment, housing and access to assistance programs and professional trades."

Republican lawmakers and law enforcement officials in California have criticized Prop 47 for years, but it has recently come under intense scrutiny amid the rampant theft by organized retail thieves that have ransacked stores, pharmacies and other businesses, sometimes in violent fashion.

The thefts prompted Walgreens to close several of its stores in San Francisco, where some of the most brazen acts of thievery have occurred. In its 2021 security survey, the National Retail Federation reported Los Angeles and the San Francisco Bay Area were the top two cities for organized retail theft.

Sacramento, the state capital, placed eighth. As theft incidents began to expand throughout California last year, Newsom announced the creation of task forces throughout the state to address the organized rings.

Kiley argued that enforcement should be coupled with harsher penalties that aim to prevent crackdown on the thefts and deterrence.

"You have people that will go into department stores and they'll actually have a calculator on them," he said. "They'll add up the value of what they're stealing because they know as long as it's under $950, they might as well wave at the security camera on the way out. They know there's going to be no consequence for that."