LOS ANGELES - Doorbell cameras are designed to keep homeowners safe from intruders, but that didn’t stop one guy from trying to break into a Van Nuys home and despite the evidence, police couldn’t arrest him.

On June 29th around 11:30 p.m. a man was seen on security camera video using a metal blade to break into Cindy and Robert Hemingway’s Van Nuys home.

"When I saw the knife, I was pretty freaked out, you know it's like Nightmare on Elm Street," said Cindy Hemingway.

Cindy was home alone while Robert was out of town, however he was watching everything unfold through their ring security system.

He told his wife to immediately call the cops. She grabbed the phone and called the cops, she also decided to communicate with the man at her door hoping to spook him away.

When LAPD officers arrived on scene Cindy showed them the video; their initial response was that the man, who was still in the neighborhood, would be detained.

But after communicating with superiors… officers explained there would be no arrest. 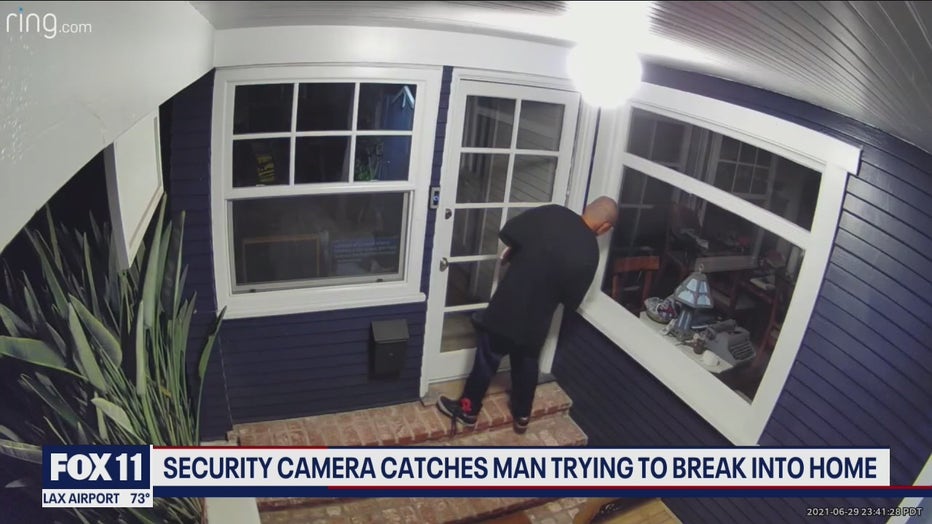 "Anybody that sees the reverse camera angle, if I showed 100 people that said what is this guy trying to do. They are all gonna say he's trying to break into the house," exclaimed Robert.

The Hemingways were told about Prop 47…which reclassifies certain crimes from felonies to misdemeanors.

"The officers that night indicated that their hands were tied because of the current policies."

The man seen in the video was let go. A few hours later he took off all his clothes and broke into an apartment… not too far away from the Hemingway’s.

Jose Campos says the naked man woke up his 12-year-old twins. He heard the commotion and confronted the intruder who then grabbed a drill and began fighting with Jose.

"That’s when I saw the guy naked fighting with my dad. We hid in my uncle’s room, we would hear noises, and it was very scary." 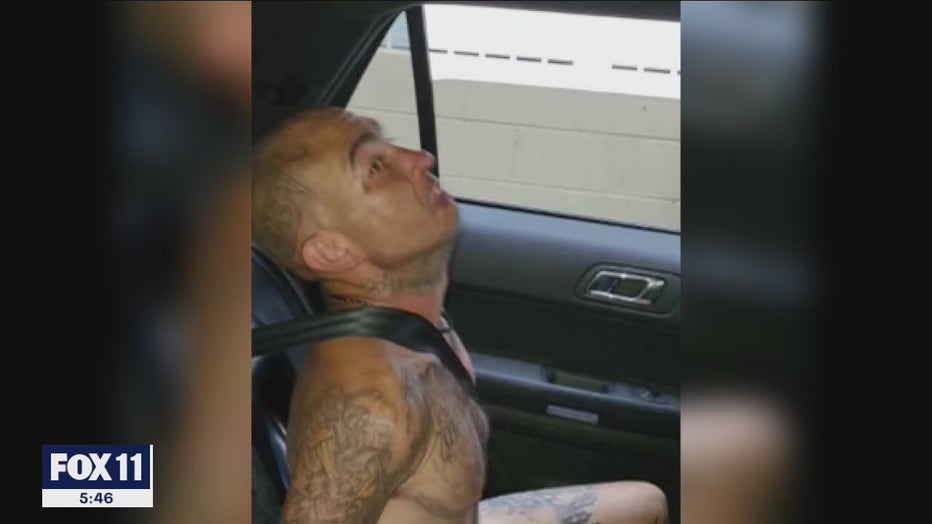 Jose managed to capture images of the naked man in the back of a police cruiser.

Jose says what occurred at his apartment wasn’t vandalism…he says it was a more serious crime and the Hemingway’s agree.

"The guy dropped his clothes, entered nude and was caught inside, had a huge fight, attacked the father with a power drill and traumatized the family and yet they use the statement. We can't prove his intent," stated Robert Hemingway.

LAPD Chief Michel Moore says this is the first time he is hearing about this case and he promises to launch an investigation.

"I’m taking this at face value is that everything that you've just said is an investigation will bear out, but I'm also know enough to know that sometimes we fall short, that's when we mess up, we have to own that, and I do," Moore stated.

"Being exposed to such violence…it would be very dramatic and it'd be very unsettling and frankly make me very upset," he added.