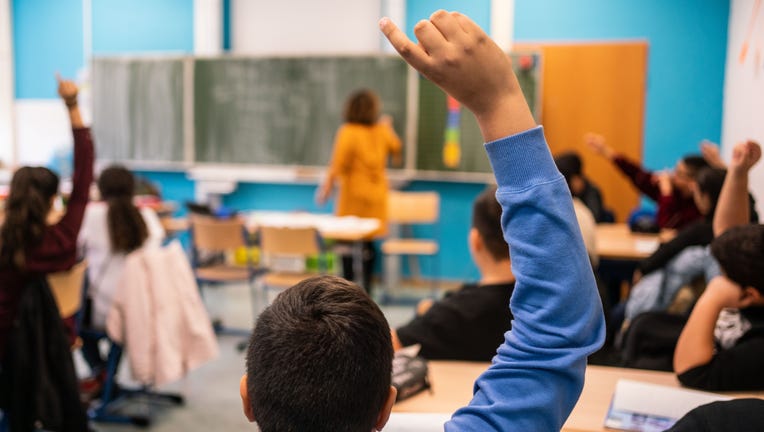 SACRAMENTO, Calif. - Gov. Gavin Newsom wants to consolidate the state’s confusing array of child care programs that are run by multiple state agencies to make getting the services easier for for low-income parents of young kids.

But the first-term Democratic governor’s proposal — which would spend up to $10 million a year to create a new Department of Early Childhood Development — has been criticized by some child care providers. They question the wisdom of spending millions to create a new bureaucracy while thousands of children are stuck on waiting lists for services.

California has 6.5 million children 12 and under, and more than 57% of them are eligible for state-subsidized services.

In Northern California’s Butte County, where a 2018 wildfire destroyed about 19,000 buildings and killed 86 people, Valley Oak Children’s Services helps find and pay for child care for low-income parents so they can work or go to school. Valley Oak has enough money to serve 293 children but more than 1,300 kids are on a waiting list.

Newsom’s proposal highlights the difficulty new governors often face when trying to reorganize a massive government bureaucracy. Newsom has had more opportunity to do that than most governors, given the unprecedented state government budget surpluses he has enjoyed since taking office and a Legislature dominated by members of his own political party.

Last year, his first as governor, Newsom boosted the state’s reserves while expanding government services to include offering taxpayer-funded health benefits to some adults living in the country illegally and money to help middle-income earners pay their monthly health insurance premiums.

This year, Newsom’s spending plan includes creating at least four new state agencies: The Department of Better Jobs and Higher Wages to oversee workforce programs, the Office of Health Care Affordability to address medical costs, the Department of Cannabis Control to regulate the nation’s largest legal marijuana market and the Department of Early Childhood Development that would consolidate much of the state’s child care programs.

Newsom’s proposals still must be approved by the Legislature, which has yet to assess them. But his idea for a Department of Early Childhood received a cool reception during a budget briefing before the Senate Budget and Fiscal Review Committee last month.

“Sometimes new departments are great and much needed, but I wonder if that (money) could be better spent fixing the department we already have,” said Sen. Connie Leyva, a Democrat from Chino. “I just want to be cautious that we’re not spending money that could make the department better and then creating another bureaucracy.”

California’s budget approved last year included an extra $963 million in state and federal funds for early education programs, an increase of 21% from the previous year, according to an analysis by the nonpartisan Legislative Analysts Office. The money included more slots for all of the state’s major child care and preschool programs.

Newsom said he is “confident we’ll get something big done,” but said his staff has “a lot of work to do to work out the specifics,” adding “I imagine they’ll be some subsequent tweaks.”

The child care program is split between two agencies — Social Services and Education. A 2017 report from the Learning Policy Institute criticized that setup, saying it makes it difficult for families, policymakers and providers to understand.

“Kids have suffered from that variation” said Hanna Melnick, co-leader of the early childhood learning team at the Learning Policy Institute, a research group. “I think there has been a growing recognition in California and in other states that continuing with the status quo is not going to be acceptable.”

Last year, California’s licensed child care providers won the right to unionize. Earlier in the month, providers delivered more than 10,000 signed union cards to state regulators, the first step toward a creating a collective bargaining agreement with the state.

Mary Guiterrez, campaign director for for the Service Employees International Union and Child Care Providers United, said her union is waiting for more details from the governor’s office about its consolidation plan before commenting on the proposed new agency.

“It’s really interesting to see if this will actually help streamline the programs a little bit better,” she said. “That could be a good thing.”