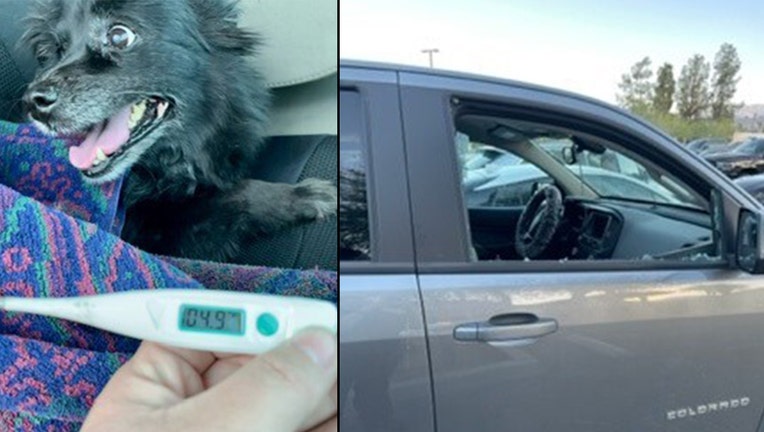 RIVERSIDE COUNTY, Calif. - A small dog was rescued after being left inside a hot car in a Riverside County parking lot.

According to the Riverside County Animal Services, an 8-year-old Pomeranian mix was inside the hot car in the parking lot of The Shops at Palm Desert on Highway 111 on Wednesday, June 1. According to animal services, outside temperature that day was a little over 100 degrees.

As animal services were by the car, a bystander smashed one of the windows to help free the dog. Officers at the scene were told the dog was left inside the hot car for at least 45 minutes.

The dog was taken to the hospital, where they recovered fully and was eventually picked up by the owner.

The dog's owner was charged with leaving an animal in an unattended motor vehicle under conditions that would endanger the health or well-being of the animal. The owner picked up the dog after paying her pet's medical pets at the animal hospital. Animal services said the owner told an officer what she did was wrong and vowed to learn from her mistake.

According to California law, it is legal for good Samaritans to smash a car window to save a pet if the animal appears to be in danger.