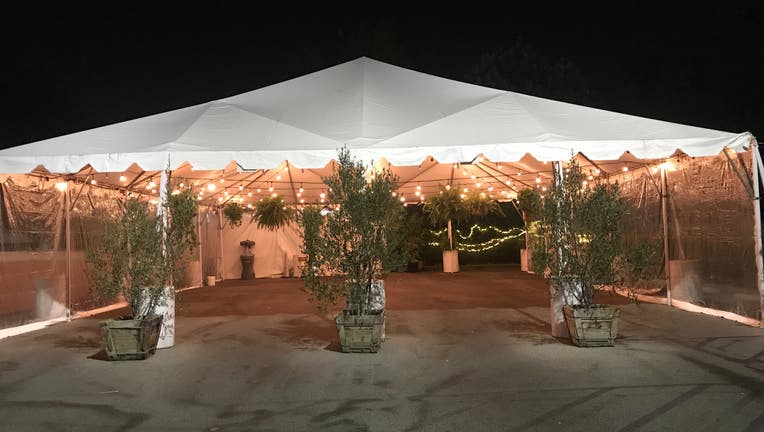 LOS ANGELES - The California Restaurant Association went to court Tuesday in hopes of blocking a Los Angeles County plan to end in-person dining due to the recent surge in COVID-19 cases, but a judge declined to immediately intervene.

"The recent order with no stated scientific basis from L.A. County singles out a specific industry and could jeopardize thousands of jobs," Jot Condie, president/CEO of the California Restaurant Association, said in a statement announcing the legal challenge. "There are thousands of restaurants and many thousands of more employees who could be out on the street right before the holiday season."

Attorneys for the Restaurant Association asked a judge Tuesday morning for a restraining order preventing the ban from taking effect, but its request was rejected. The lawsuit, however, will proceed.

Association attorney Dennis Ellis told reporters he was disappointed in the ruling, but said the organization hasn't seen any evidence that outdoor dining -- which was already restricted to half of the overall capacity last week --has fueled the coronavirus surge.

"We have not been able to see what the county has to support the notion that outdoor dining at 50% capacity, consistent with what the governor has authorized in his blueprint, is inappropriate and needs to be shut down," Ellis said.

The threshold was established by the county last week, along with a more restrictive tier that would trigger a new stay-at-home order if the daily five-day case average topped 4,500. The county reached that threshold Monday. 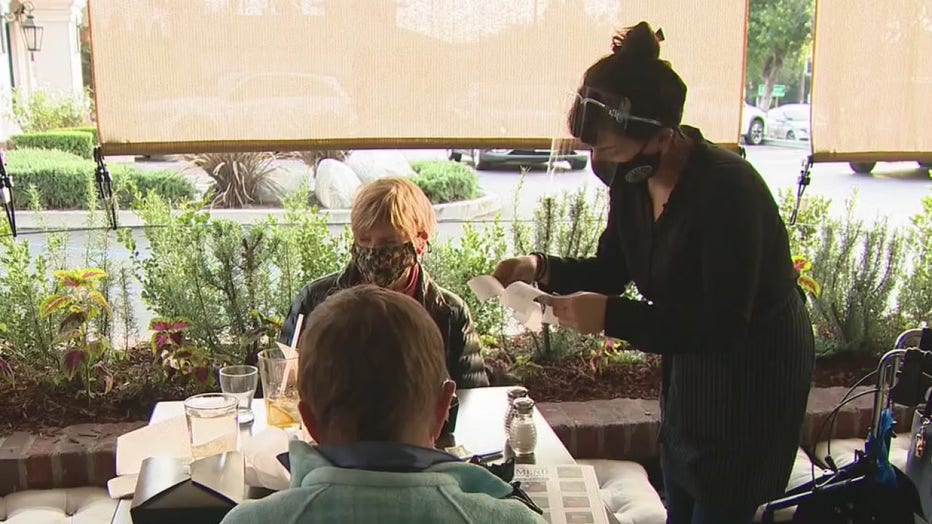 The county Board of Supervisors upheld the new restrictions at its meeting Tuesday. Board members Kathryn Barger and Janice Hahn asked that outdoor dining be allowed to continue, arguing the ban is too punitive to restaurants in response to a surge that has been largely blamed on private gatherings rather than outdoor dining.

The other three board members disagreed, and voted to allow the ban to take effect as scheduled.

"Outdoor dining is probably more dangerous in terms of contagion than any other kind of business," Supervisor Sheila Kuehl said earlier.

She said diners at restaurants "sit for hours with no masks on" and are in close proximity to servers and patrons walking by.

The city of Long Beach, which has its own health department, also plans to bar in-person dining Wednesday night. The Long Beach Restaurant Association blasted the move and plans to hold a news conference Wednesday demanding a meeting with city and county health officials. In a statement, the association accused health officials of attacking an "easy target" to blame for the surge in cases, without any evidence.

The city of Pasadena, which also has its own health department, has not yet issued a ban on in-person dining, with officials saying the situation will be reviewed on a daily basis before any action is taken.