LOS ANGELES - A suspect has been arrested after fatally stabbing another man at the San Vicente homeless encampment in Brentwood.

Deputies responded to the 11600 block of San Vicente Boulevard around 6:30 a.m. Wednesday morning. The victim, a Marine veteran, was transported to a local hospital and pronounced dead. His name has not yet been released.

A preliminary investigation revealed that the suspect was involved in a dispute with his girlfriend when the victim intervened and was stabbed, sheriff's officials said. 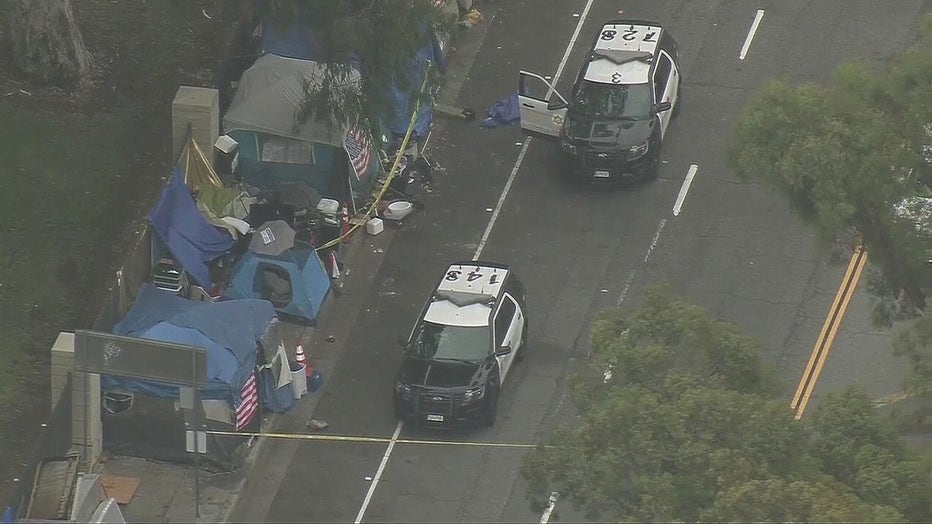 The girlfriend was not injured in the dispute. The suspect was detained at the scene by police and later taken to a hospital for medical clearance so he could be booked into jail, according to
the LASD.

The suspect was also identified as a veteran.

Just hours after the fatal stabbing, Los Angeles City Attorney Mike Feuer, a candidate for mayor, held a press conference saying it's time for this encampment to go. 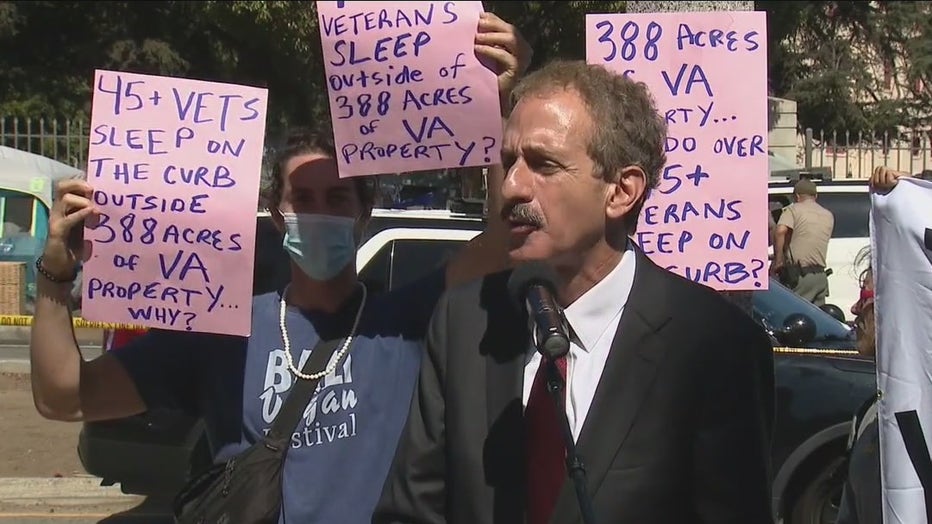 The encampments along the VA complex are in county jurisdiction; therefore, Feuer is calling on LA County officials to house the veterans.

"No one should live this way practically when just on the other side of the fence there is shelter, resources for people experiencing homelessness," he added.

This is the second homicide investigation at the San Vicente encampment within the last six months.

Back in April, a homeless man was booked on murder and an assault with a deadly weapon charge after Los Angeles County deputies say he ran over another homeless man at the Brentwood encampment. Detectives said it started when two homeless men got into an argument. One of the men, Pedro Flores, 34, got in his vehicle and ran over a 51-year-old man, dragged him more than 200-yards, killing him, investigators said.

There have been additional crime reports related to the encampment this year. In March, three people experiencing homelessness suffered minor injuries after a car plowed through the San Vicente homeless encampment.

Anyone with information about this incident is encouraged to contact the Los Angeles County Sheriff's Department's Homicide Bureau at 323-890-5500.