LOS ANGELES - A brazen burglar is apparently targeting restaurants in the Pico-Robertson area.

The owners of Holy Grill say the man somehow managed to open a locked door, and then went into the office where he took off with receipts, a laptop and more.

Restaurant owners Adiel and Ella Nahmia say they are shaken up by the events that happened.

"Every time we talk about it, it’s like anxiety all over again" said Ella Nahmias.

On Monday Adiel was getting ready to leave the restaurant for the night. He says he left is office for a few seconds to say goodbye to his staff, and that’s when the suspect entered and took off with his money bag and backpack. The suspect was in and out within 30 seconds.

Adiel says the money bag held about three weeks of the restaurant’s receipts... about $27,000 worth of cash.

"It was all in the safe, but he came back from Israel, didn’t have time to work on it. He finally had time and it was just happened to be the same night. Bad luck," the couple told FOX 11. 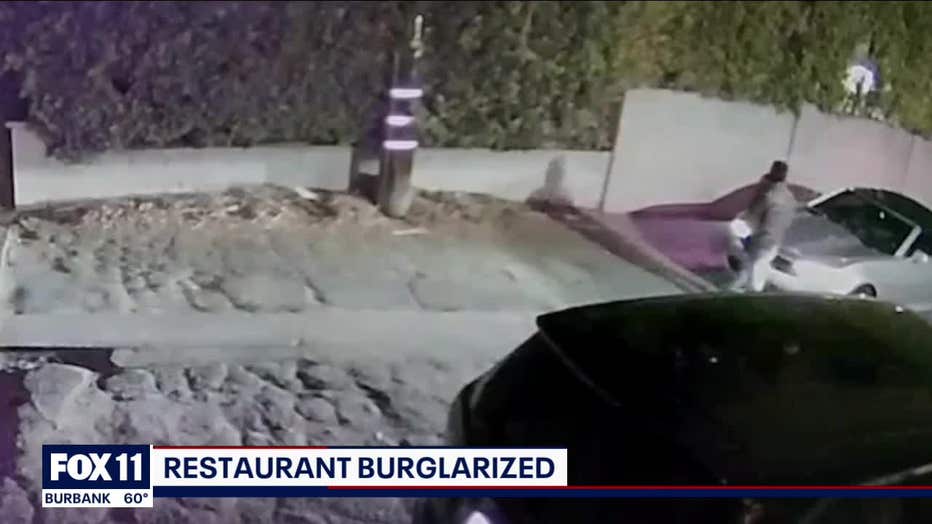 Surveillance video from outside the business shows the man walking around his car, talking on his cellphone... however the camera did not catch his license plate.

The suspect tried the same tactic two other times that night, but was unsuccessful.

"The neighbors told me he tried to open their doors too. His luck, he hit the lotto with my backpack."
Adiel says his credit cards, passport and laptop were all in the stolen backpack.

Police say recently thieves are hitting restaurants more often. Anyone with information is urged to contact the LAPD.