Skeletal remains have been found in a sunken barrel at Lake Mead as water levels drop to their lowest since 1937, FOX 5's Dani Masten reports. (Video via KVVU)

LAS VEGAS - A gruesome discovery was made on the shores of Lake Mead over the weekend – a body stuffed inside a barrel. Officials said it could be the first of these types of discoveries as drought continues to reduce water levels in the reservoir.

"From items found inside the barrel, we were able to make the determination that the incident occurred, (during) what we believe is in the early ‘80s," Spencer said.

Spencer said detectives will comb through missing persons reports and work with experts to analyze DNA to determine the victim’s identity. That will hopefully give them a start to solving the case.

The long-term drought in the West has seen Lake Mead drop to historic lows. According to Spencer, where the barrel was found would have been covered by 100 feet of water and 300 yards from shore in the 1980s.

"So, if the water had never rescinded, if we weren't experiencing the drought conditions, we may never have found the remains of the individual at the bottom of the lake," Spencer said. 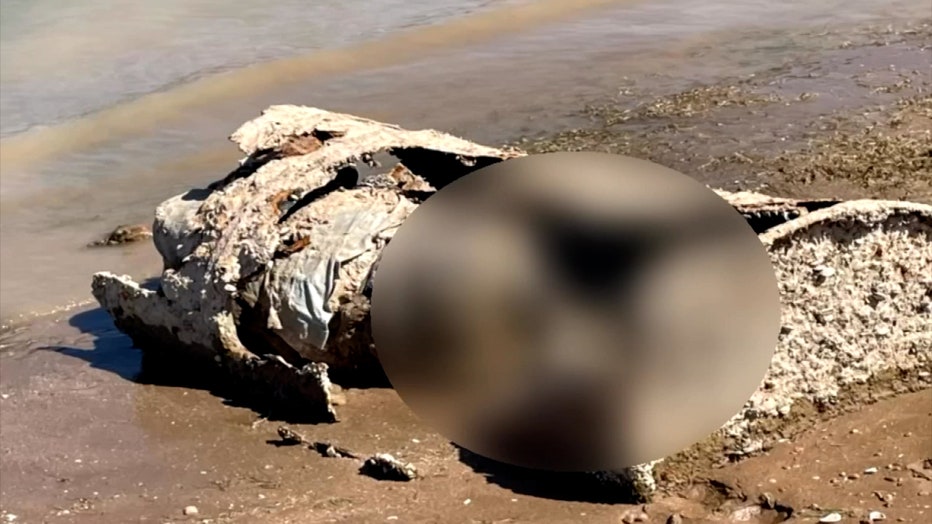 Spencer said homicide investigations at Lake Mead are not new for the department, but future drops in water levels could lead to more of these types of cases.

"It’s definitely going to be new discoveries as the lake does drop," Spencer said.

Bronson Mack, of the Southern Nevada Water Authority, said about 90% of Las Vegas’ water supply comes from the lake. That serves the 2.5 million people who live in the Las Vegas Valley.

"Water levels in Lake Mead have fallen about 150 feet over the past two decades," Mack said. "It’s a significant decline that we have seen in the levels of Lake Mead."

It is so low that SNWA had to activate a low-level intake in April that was built two years ago, after the system's primary intake appeared above the water line at the lake. 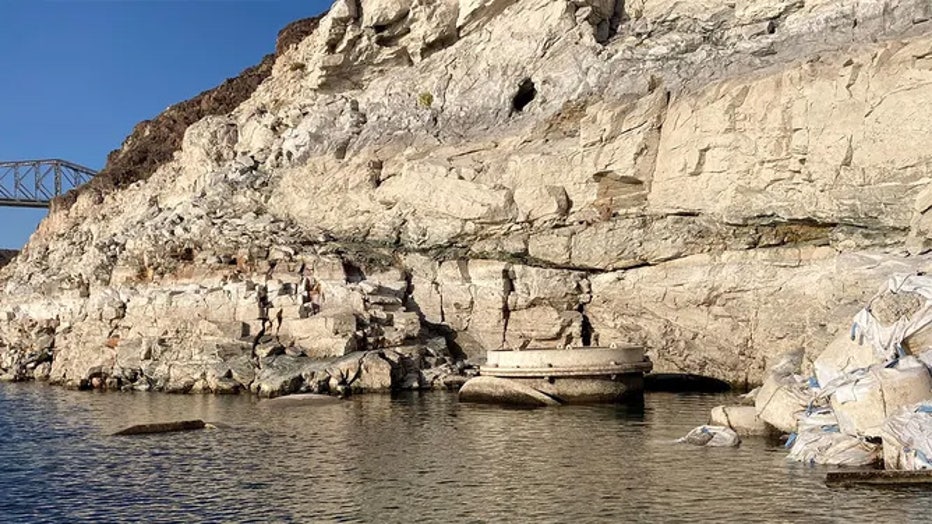 Mack said those dramatic declines have led to drastic measures to cut back on demand which has dropped by 26% since 2002.

"Today, Southern Nevada supplies more people with less water than we did two decades ago, but conservation continues to be key for the entire Colorado River users," Mack said.

About 40 million Americans across seven states depend on the Colorado River for their water, according to Mack. Mexico also relies on the river for water.

DROUGHT GOING FROM BAD TO WORSE ALONG COLORADO RIVER BASIN

The only solution to the problem is a long-term increase in snowpack in the Rocky Mountains, which feeds the river.

"Lake Mead and Lake Powell (upstream from Lake Mead) are doing what they were intended to do – store water in the wet years, so it’s available in the dry years," Mack said. "We’ve just had a lot of consecutive dry years."

FOX5 Vegas contributed to this report.

LINK: Get updates on this story from FOXweather.com