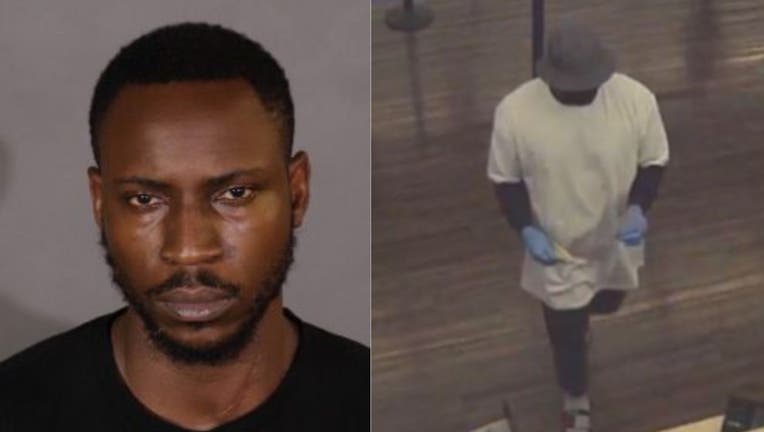 LOS ANGELES - A serial armed robber linked to over 60 robberies has been arrested, the Los Angeles Police Department announced Wednesday.

Police say since October 2021, there has been a total of 68 armed business robberies linked to one suspect... 29-year-old Charles Chukwuma Onwuemelie.

Dubbed as the ‘Blue Cloth Bandit,’ Onwuemelie used a blue cloth to cover his handgun during the robberies. Officials say he would conceal his identity by wearing different hats, face masks, and rubber gloves. The same vehicle was also used in different robberies.

LAPD says since October 2021, there has been a total of 68 armed business robberies linked to one suspect... 29-year-old Charles Chukwuma Onwuemelie.

Onwuemelie was arrested at his home in Quartz Hill after police issued a search and arrest warrant. Detectives located additional evidence linking him to the robberies; a firearm was also seized.