The family of Dijon Kizzee and their civil rights attorney are revealing the results of an independent autopsy conducted after he was shot and killed by sheriff's deputies. It comes after the LA County Sheriff's Department presented evidence last week claiming Dijon Kizzee was pointing a gun at officers.

LOS ANGELES - Again blasting the sheriff's department's contention that a 29-year-old man was fatally shot while pointing a gun at deputies in Westmont, attorneys for the man's family said Tuesday an independent autopsy shows he was shot repeatedly while "writhing on the ground in pain."

Attorneys speak out about fatal shooting of Dijon Kizzee

The attorneys for Dijon Kizzee-- the man fatally shot by sheriff's deputies in Westmont-- say an independent autopsy shows he was shot 15 times!

Sheriff Alex Villanueva last week released a series of videos capturing various portions of the confrontation between Kizzee and the two deputies, including footage of the shooting itself.

The sheriff's department contends Kizzee had dropped a gun during the initial confrontation with deputies, then picked it up and raised it toward deputies, prompting them to open fire, hitting him 19 times. 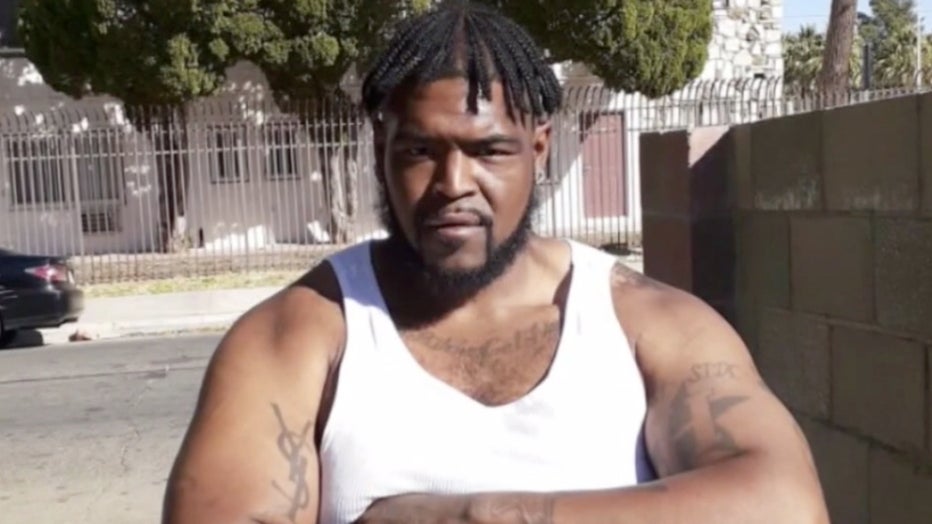 Deputies initially tried to stop Kizzee while he was riding a bicycle, claiming he was riding on the wrong side of the street and weaving through traffic, sheriff's officials said.

When deputies caught up to him, a physical struggle ensued, during which Kizzee allegedly punched one deputy in the face and dropped a handgun he was carrying, concealed in some clothing.

At a news conference Tuesday in Ladera Heights, attorneys for Kizzee's family, including national civil rights lawyer Ben Crump, denounced the sheriff's version of events, insisting that Kizzee was shot with his hands in the air, then was shot repeatedly while he was on the ground.

Attorney Carl Douglas said the independent autopsy conducted for the family determined that Kizzee was shot 15 times, "seven times with his profile of the back pointing toward" deputies."

"Some of those shots ... are elongated because Mr. Kizzee was on the ground when those grazing wounds were inflicted," Douglas said.

"He did not die instantly," Douglas added. "He was writhing on the ground in pain when officers opened upon him. You can tell by the audio of the shooting that there were three or four shots and then a pause, and 15 additional shots followed after that. Witnesses confirmed that there was no effort at de-escalation.

Crump compared Kizzee's shooting to those of other Black men by police across the country.

"Look at these videos," he said. "Just look at them, and you will see that these Black men are just trying to get away from the police."

"That represents the year when the first enslaved Africans were brought to America, and from that year to this one, for 401 years, we have been dealing with systematic racism and oppression that has us bear witness to them killing us outside the courtroom and inside the courtroom, on stuff as benign as riding a bicycle while Black."

"... I've come here today to proclaim to you all in Los Angeles, California, that you all are not immune to the 1619 pandemic, and exhibit one... is the execution of Dijon Kizzee."

Sheriff's Homicide Bureau Capt. Kent Wegener said last week Kizzee was carrying a loaded handgun when he was stopped by the deputies. And although he dropped it during the initial confrontation and physical altercation, 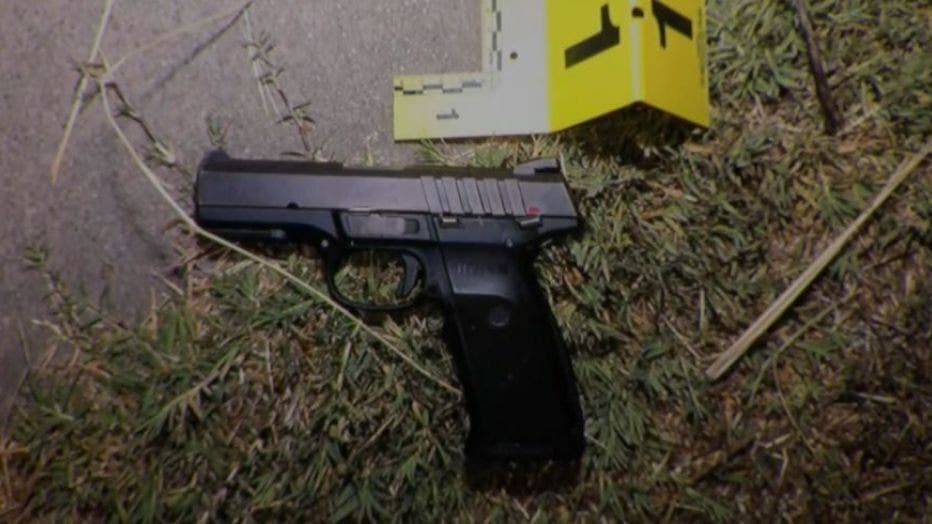 Kizzee picked it up from the ground and pointed it toward the deputies, prompting the shooting, Wegener said.   "At one point, Kizzee's pistol drops to the ground, he bends over, reaches, picks up the gun and is shot while he stands with the gun in hand," Wegener said.

Wegener said one of the deputies did not recognize the object as a gun until "it came up and he saw the barrel pointing at him."

One of the videos released by the department shows the initial struggle, in which Kizzee can be seen swinging his arms at the deputies. A 9mm semiautomatic handgun, loaded with 15 rounds, was recovered at the scene, according to Wegener, who said the gun was reported stolen during a Las Vegas residential burglary in February 2017.

The department also recovered footage on Kizzee's phone that shows him with the same gun days before he was killed, according to the captain.

Kizzee was prohibited from owning a firearm due to an active restraining order and his criminal record, sheriff's officials said.

Wegener said the gun was wrapped inside a piece of clothing that Kizzee held as he initially ran from deputies, who located him on 109th Place, west of Budlong Avenue, where the shooting occurred.

Wegener said the deputies fired a total of 19 shots and Kizzee was struck in the chest, both arms, once in the back and suffered a grazing wound to the head.

The autopsy report has not been finalized, pending toxicology reports, although he died from multiple gunshot wounds, the captain said.

The shooting of Kizzee has prompted a series of protests outside the South Los Angeles Sheriff's Station, leading to three dozen arrests following clashes between demonstrators and deputies that turned violent.