A Los Angeles County sheriff's investigator said that Dijon Kizzee picked up a loaded pistol that had fallen to the ground just before deputies fatally shot the 29-year-old man last month in the Westmont area.

LOS ANGELES - The controversial deputy-involved shooting of Dijon Kizzee, in South Los Angeles on August 31st has resulted in protests against the sheriff department.

A big question has been whether the 29-year-old, who fled on foot when officers tried to stop him for riding his bike the wrong way on the street, had a gun in his hand when he was shot by deputies.

Here is the latest from investigators.

Surveillance video shows Kizzee carrying clothes, which he then drops when running. There is a struggle with one of the deputies and the shooting happens right after.

Deputies tell investigators Kizzee dropped the clothing, which investigators later found out had a 9mm Ruger loaded with 15 live rounds. 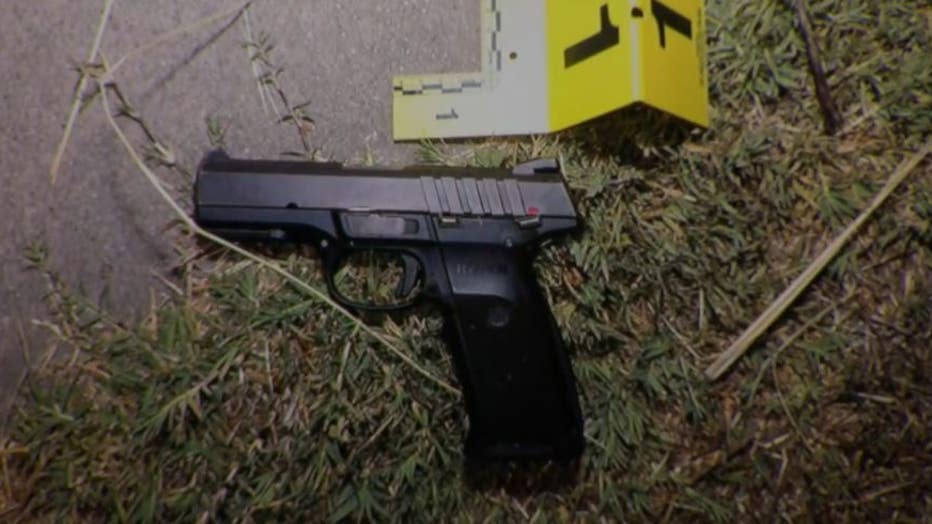 It fell to the ground and the deputies insist he first put his hands up, but then bent down and grabbed the weapon. That’s when they shot him “numerous” times. Autopsy results are still pending but we have been told it was at least fifteen rounds that hit him, probably more.

The family, through spokesperson Najee Ali, say he had his hands up and did not grab any gun.

Investigators also showed reporters a video, supposedly from Kizzee’s cellphone, showing him with the same gun (it has the same serial number).

Trying to “put context to the narrative” Sheriff Villanueva also showed a map of the neighborhood  where it all happened, with numerous bright dots to emphasize the numerous murders, assaults with a deadly weapon, and arrests since January. His point being that deputies are trying to “save lives” in a grim situation.

In disagreement, protesters outside the Hall of Justice, who have criticized the shooting since it happened, say the deputies are not saving lives but putting them in danger when they try to stop African American males without real justification - in this case - riding a bicycle the wrong way. Kizzee ran because he was scared, they add. The family saying they will wait till the coroner’s report to see if he was shot in the back as they claim.