Prosecutors have charged two assistant principals in Rialto with failing to report multiple accusations of sexual assaults on campus. 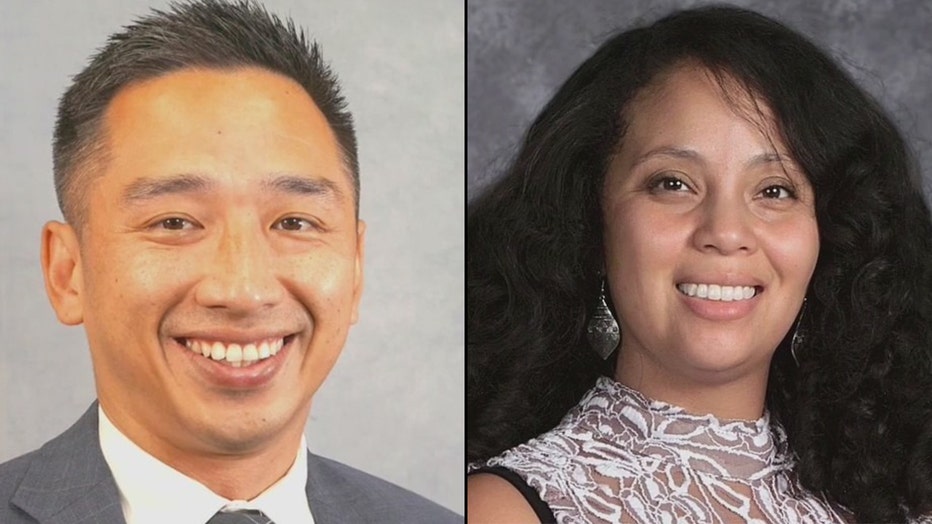 Police began investigating the 17-year-old male student in mid-February and learned that he had allegedly been sexually assaulting one victim for months. The 15-year-old student had first reported the sexual assault to Harris and Yang in November 2021, the Rialto Police Department discovered during their investigation.

RELATED: School in Rialto at center of controversy over sex abuse reporting protocols

Another victim was also identified to have reported sexual assault by the same male student in September 2021, which Harris and Yang also did not report to law enforcement, prosecutors allege.

A third victim of the 17-year-old boy came forward in February, but that victim had not reported the sexual assault to school officials.

Yang and Harris each face one felony count of child abuse and two misdemeanors charges of failure of a mandated reporter to report child abuse.

"In this case, the Assistant Principals’ failure to report sexual assault on their campus erodes the trust that students and parents alike should have regarding the safety and protection of all the children in their care," said District Attorney Jason Anderson. "Their failure as mandated reporters to notify law enforcement lead to further victimization of two students, and the sexual assault of a third victim which was preventable."

The teen suspect was cited and eventually released back into the custody of his parents pending criminal charges being filed, Rialto police said.