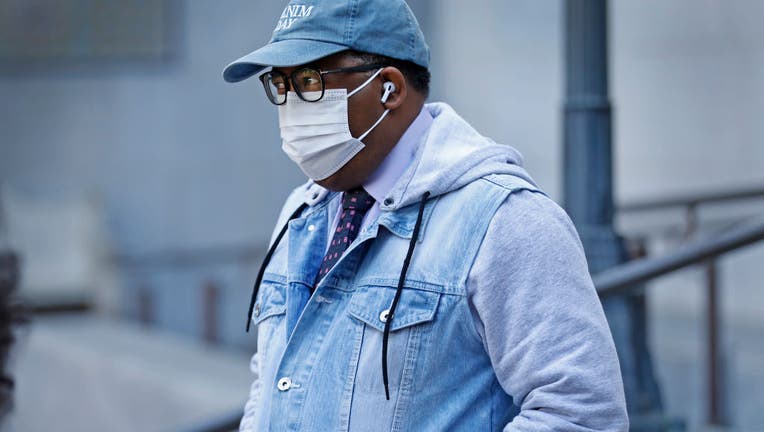 LOS ANGELES - It remained unclear Friday what "appropriate action" the Los Angeles City Council might take against Councilman Mark Ridley- Thomas -- who was indicted on federal corruption charges stemming from his time on the county Board of Supervisors -- but larger questions loomed about the overall issue of corruption within municipal government.

Ridley-Thomas is the third L.A. City Councilman to be indicted in the past couple of years. Jose Huizar pleaded not guilty in December to bribery and other federal charges in a racketeering indictment, and Mitchell Englander was sentenced in January to 14 months behind bars for lying to federal authorities about his dealings with a businessman who provided him $15,000 in secret cash payments and a night in Las Vegas.

"I've been on the council six years, there's not been one year I've been on the council where one of my colleagues or more have not been either under investigation, indicted, or in the case of one member last year actually incarcerated and sits in jail at this moment," Councilman Marqueece Harris- Dawson told KCRW Friday. "I think there needs to be greater transparency about what all of us are doing."

Harris-Dawson noted the shock of the allegations against Ridley- Thomas, someone who has been a leader in L.A. politics for nearly Harris- Dawson's entire adult life.

"To see these charges come forward against someone who holds a Ph.D. in social ethics is quite jarring," Harris-Dawson added.

Ridley-Thomas is scheduled to be arraigned Wednesday afternoon in downtown Los Angeles.

The 66-year-old Ridley-Thomas is a giant figure in local politics, previously serving on the Los Angeles City Council from 1991-2002, then serving in the state Assembly and state Senate before he was elected to the powerful county Board of Supervisors in 2008, serving until 2020 when he returned to the City Council.

The 20-count indictment filed in Los Angeles federal court on Wednesday alleges that Ridley-Thomas conspired with Marilyn Louise Flynn, 83, former dean of USC's School of Social Work, who agreed to provide Ridley- Thomas' son with graduate school admission, a full-tuition scholarship and a paid professorship. She also allegedly arranged to funnel a $100,000 donation from Ridley-Thomas' campaign funds through the university to a nonprofit to be operated by his son.

In exchange, the indictment alleges, Ridley-Thomas, who was at the time a Los Angeles County Supervisor, supported contracts involving the School of Social Work, including contracts to provide services to the county Department of Children and Family Services and Probation Department, as well as an amendment to a contract with the Department of Mental Health that would bring the school millions of dollars in new revenue.

Ridley-Thomas' attorney, Michael J. Proctor, said Thursday the councilman "was shocked by the federal allegations leveled against him, and with good reason. They are wrong, and we look forward to disproving them."

Proctor said that at no point in Ridley-Thomas' political career, "not as a member of the City Council, the state Legislature or the Board of Supervisors has he abused his position for personal gain. Mark Ridley-Thomas has been in public service for 30 years, and his actions have been open to public scrutiny for a full three decades. Over those 30 years, he has demonstrated the quality of his character."

"We ask you to allow due process to take its course," the attorney said.

Flynn's attorney has also denied any wrongdoing by her client. Flynn's arraignment was set for Oct. 25.

Civil rights activists who have long lauded Ridley-Thomas' service to the community have urged against a rush to judgment in the case. Earl Ofari Hutchinson, president of the Los Angeles Urban Policy Roundtable, said the handling of the case could have long-term consequences for Ridley-Thomas' 10th Council District, which includes areas such as Arlington Heights, Koreatown, Leimert Park, Gramercy Park, Mid-City, Wilshire Center and Baldwin Village.

"The federal charges against Thomas are serious," Hutchinson said. "However, Thomas' constituents must be the ones to decide his fate. There must be no rush to judgment on his future on the council and in the district he represents. This would be a gross disservice to his constituents."

Hutchinson's comments followed Councilman Joe Buscaino's call for Ridley-Thomas to be surrender his council seat. City Council President Nury Martinez, meanwhile, said the council "will need to take appropriate action" against Ridley-Thomas, although she did not provide specifics.

When Huizar was arrested last year in connection with his corruption case, the council voted to suspend him, leaving his staff to serve as caretakers for the district. Such a move against Ridley-Thomas could have longer-range consequences, leaving the 10th District without an elected representative at a time when the city is in the midst of redrawing council district lines.

Councilwoman Nithya Raman, who sits on the Homelessness and Poverty Committee, called on Ridley-Thomas to at least step down as chairman of the committee and be stripped of other committee assignments "in the short term."

"I have great respect for council member Ridley-Thomas both as a person and as a warrior against homelessness, and I've treasured the time we've spent working together on the Homelessness and Poverty Committee," Raman said. "But this committee's work is of extraordinary importance and involves massive city investments, which require the public's trust. It cannot be conducted under the shadow of a federal indictment. In the short term, council member Ridley-Thomas should step down from his committee assignments," Raman said.

The indictment outlines an alleged scheme in 2017 and 2018 in which then-Supervisor Ridley-Thomas sought benefits from Flynn and university officials to benefit an unnamed relative, who was the subject of an internal sexual harassment investigation in the Assembly, likely to resign from elected office and significantly in debt.

While the indictment did not name the relative, Ridley-Thomas' son, Sebastian, resigned from the Assembly in 2017 amid investigations into sexual harassment complaints. He insisted at the time that his resignation was due to health reasons, not a sexual harassment probe.

Sebastian Ridley-Thomas later became a professor of social work and public policy at USC -- despite lacking a graduate degree. He was later terminated over questions about his original appointment and university concerns about the $100,000 that was donated from his father's campaign funds to the School of Social Work, then directed to a nonprofit run by Sebastian Ridley-Thomas.