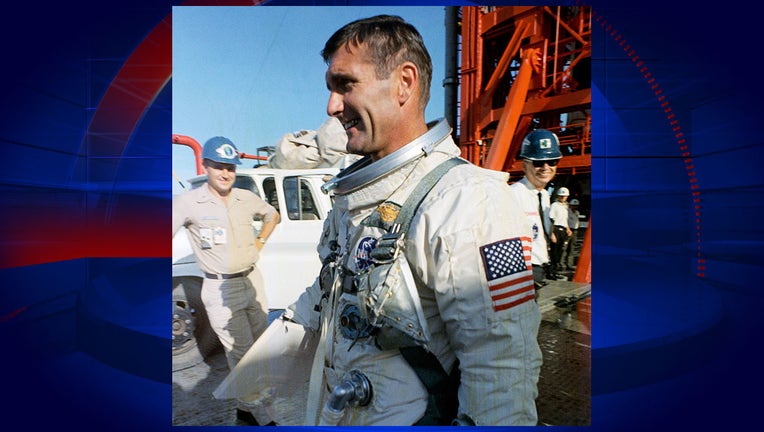 Gordon was one of a dozen men who flew around the moon but didn't land there.

He was a test pilot chosen in NASA's third group of astronauts in 1963 and flew on Gemini 11 in 1966, walking in space twice. During Apollo 12 in November 1969, Gordon circled the moon in the command module "Yankee Clipper" while Alan Bean and Charles Conrad walked on the lunar surface.

After retiring from NASA in 1972, he became executive vice president of the New Orleans Saints football team. He went on to be an executive in energy and science companies.

The Astronaut Scholarship Foundation said Tuesday that Gordon died Monday at his home in California.