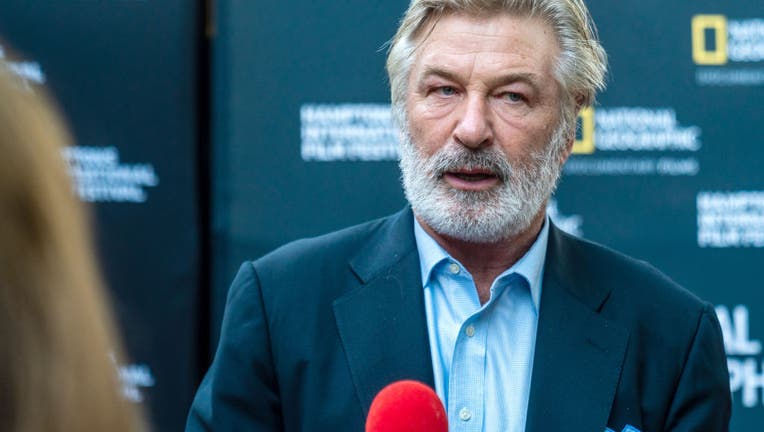 Alec Baldwin Thursday shared a two-page open letter signed by 25 crew members from the movie "Rust" that defends working conditions on the set where cinematographer Halyna Hutchins was fatally shot by a gun Baldwin was holding.

In the letter -- which Baldwin, the star and one of the film's producers, posted on his Instagram account -- the crew members pushed back against reports that the set of the low-budget movie was rife with dangerous working conditions, inducing some workers to quit the project.

"The descriptions of Rust as a chaotic, dangerous and exploitative workplace are false and distract from what matters the most: the memory of Halyna Hutchins, and the need to find modern alternatives to outdated industry firearm and safety practices," the letter said.

The letter came to light one week after Baldwin began a redemption push by giving a lengthy and tear-filled interview to ABC's George Stephanopoulos in which he denied responsibility for the shooting.

But the crew members said their letter "has not been sanctioned or influenced in any way by the producers."

"We the undersigned believe the public narrative surrounding our workplace tragedy to be inadequate and wish to express a more accurate account of our experience," the letter says.

The chief lighting technician for the film "Rust" sued the movie's producers and other crew members Wednesday, including actor/producer Alec Baldwin, alleging on-set negligence that led to the fatal shooting of cinematographer Halyna Hutchins with a bullet fired by Baldwin from a prop weapon. (November 15, 2021)

"Unfortunately, in the film industry, it is common to work on unprofessional or hectic productions to gain experience and credits. Many of us have worked on those types of productions. Rust was not one of them. Rust was professional. We do acknowledge that no set is perfect, and like any production, Rust had areas of brilliance and areas that were more challenging.

"While we stand firmly with our unions and strongly support the fight for better working conditions across our industry, we do not feel that this set was a representation of the kind of conditions our unions are fighting against. We do support any and all efforts to make film sets safer to work on for all cast, crew and working animals."

The letter went on to say, "The descriptions of Rust as a chaotic, dangerous and exploitative workplace are false and distract from what matters the most: the memory of Halyna Hutchins, and the need to find modern alternatives to outdated industry firearm and safety practices."

RELATED: Alec Baldwin says he never pulled the trigger on the gun that killed 'Rust' cinematographer

It also characterized the workers who quit the production as "disgruntled."

"While it is true that a few crew members quit prior to the accident, the vast majority of us remained, never feeling the need to protest or quit. We were enjoying our workplace. Those disgruntled few do not represent the views of all of us."

The letter was apparently intended as a defense of the crew members themselves.

"We kindly request that your speculation and generalizations about us and our colleagues be sympathetic until an investigation is concluded," it said. "We are grateful to our many friends and family that have reached out to us privately to offer compassion and support."

It added, "We are supporting each other and cooperating with investigators."

Hutchins, 42, was killed on Oct. 21 while Baldwin was helping to prepare camera angles for a scene on the film's set near Santa Fe, New Mexico.

The gun Baldwin was holding was supposed to contain only blank rounds but instead discharged a lead bullet that struck Hutchins in the chest, then lodged in the shoulder of director Joel Souza, 48.

New Mexico authorities are still investigating how a live bullet got in the gun.

Questions have been raised about the roles of "Rust" armorer Hannah Gutierrez-Reed and Seth Kenney, the film's weapons supplier, in the tragedy.

Alec Baldwin was handed a loaded weapon by an assistant director who indicated it was safe to use in the moments before the actor fatally shot a cinematographer, court documents reveal. (October 23, 2021)

In his interview last week with Stephanopoulos, Baldwin said he never pulled the trigger on the gun he was holding that fired the fatal shot.

"The trigger wasn't pulled. I didn't pull the trigger," Baldwin said. "I would never point a gun at anyone and pull a trigger, never."

Asked how a real bullet could have gotten onto the set, Baldwin said, "Someone put a live bullet in a gun, a bullet that wasn't even supposed to be on the property."