Bail has been reduced from $500,000 to $100,000 for Wynne Lee, the woman charged as an accessory in the alleged road-rage shooting death of 6-year-old Aiden Leos on an Orange County freeway.

ORANGE COUNTY, Calif. - Bail has been reduced from $500,000 to $100,000 for Wynne Lee, the woman charged as an accessory in the alleged road-rage shooting death of 6-year-old Aiden Leos on an Orange County freeway.

If she posts bail, she will be required to surrender her passport, must not leave the state without
permission, cannot drive, must be under GPS monitoring and cannot have any contact with co-defendant Marcus Anthony Eriz, who is alleged to have fired the fatal shot from Lee's vehicle.

In agreeing to reduce bail, Orange County Superior Court Judge Larry Yellin noted that Lee is not personally accused of committing any type of violent act. However, he noted that even after the fatal shooting, she allowed Eriz to continue riding in her car with a gun, which he allegedly brandished at another motorist days after Aiden's death. Yellin called her actions "absolutely concerning.'' 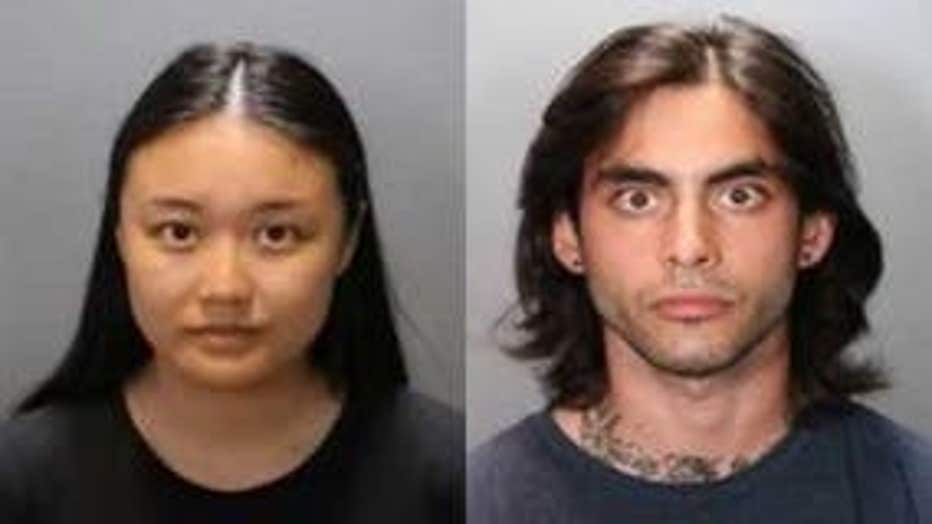 Eriz remains jailed without bail. Judge Yellin said his alleged actions during and after the shooting are "alarming." Eriz was initially being held on $2 million bail.

Last week, the couple pleaded not guilty to the charges against them. A pretrial hearing is set for Aug. 27.

Marcus Eriz, 24, and Wynne Lee, 23, were arrested outside of their Costa Mesa apartment on June 6. Eriz was charged with murder and shooting at an occupied vehicle and with enhancements. Lee faces the accessory charge and a charge of illegally carrying a concealed firearm.

Leos was fatally shot May 21 as his mother, Joanna Cloonan, was driving him to kindergarten in her Chevrolet Sonic on the 55 freeway.

Lee was behind their car in the diamond lane before swinging over to the fast lane and then accelerating at an "extremely high rate of speed" to get in front of Cloonan, prosecutors said in the motion.

"As Wynne Lee was driving on the 91 eastbound on the way to work with defendant Eriz as her front passenger, a driver in a blue Tesla did something to make defendant Eriz angry, acting aggressively,'' prosecutors alleged.

"Defendant Eriz again took out his gun and brandished it to the driver of the Tesla. That driver told the defendants that he had called the police and then he drove away.''

Eriz "claims that at that time, he looked on the Internet and saw the story about Aiden Leos' death,'' prosecutors alleged. "He said he `immediately' knew he was responsible for the boy's death. He then told Wynne Lee about his revelation.''

Prosecutors allege that after May 28 Eriz hid the Volkswagen at a family member's garage and did not drive it again, instead driving his red truck to and from work.