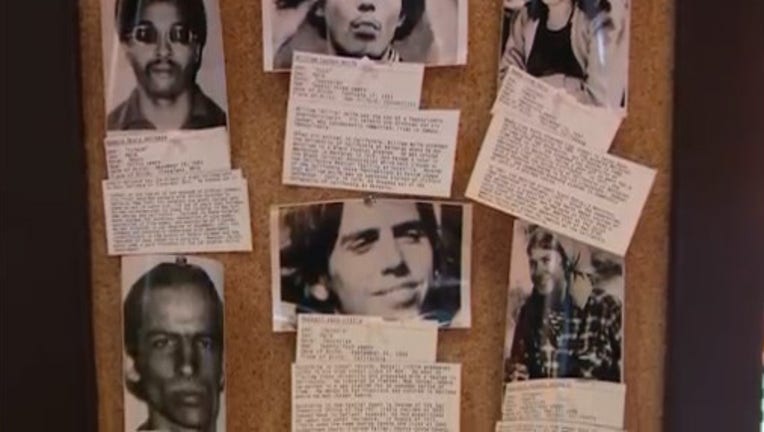 LOS ANGELES - It's one of the most significant days in LAPD history. A violent shootout on live TV that left a radical underground group dead after they opened fire on police. It was back in 1974, but it lives on at the LAPD museum in Highland Park as an important history lesson and of course in the memories of the people that were there.

The people who where there remember it like it was yesterday.  'They opened up with automatic weapons,' says long retired LAPD Swat Sergeant Ron McCarthy.

'They were a group of thugs who needed to be arrested', ' says retired LAPD Commander Robert Taylor.

We're talking about on of the most intense firefights in LAPD history, all the way back in May of 1974, in what's become known as the SLA shootout.

This was a radical group that had kidnapped heiress Patty Hearst and had gone on a robbery, bombing and murder spree.

They thought they could hide out in South LA but a neighbor called police about a suspicious group of people, which is what brought the response to East 54th St. and Compton Ave.

Instead of surrendering, the SLA members opened fire, police responded, and it lasted for about an hour, with literally thousands of rounds fired.

Teargas was used, which ultimately contributed to a massive fire that burned the small house down, and when it was over six SLA members were dead, not any LAPD.

Turns out Patty Hearst wasn't even there, she'd be captured several months later.

Police remember it now as one of the key instances that cemented the need for the Special Weapons and Tactics team that was pioneered by the LAPD and former Chief Daryl Gates, now standard units in law enforcement everywhere.

It was considered a good day for the LAPD in that they took out some bad people, but no one who was there took any joy in it that's for sure.

In subsequent interviews some surviving members of the SLA essentailly accused the LAPD of ''murdering them..'' which is greatly resented to this day by the officers who were there.

If you want to learn more about it and other important events in LAPD and LA history I'd strongly suggest a visit to the LAPD Museum in Highland Park, really well done.

Check it out at http://laphs.org/.