Violent crash in Downey may have been caused by street racing

Five people were hospitalized after a violent car crash in Downey that may have been caused by street racing. At least one person was arrested.

Emergency crews responded to the intersection of Imperial Highway and Paramount Boulevard just before 1 a.m. Saturday.

Downey Police say two cars were allegedly street racing when they crashed into another vehicle.

The impact of the crash was so strong that debris was scattered all over the intersection. Three cars were mangled and one was overturned. 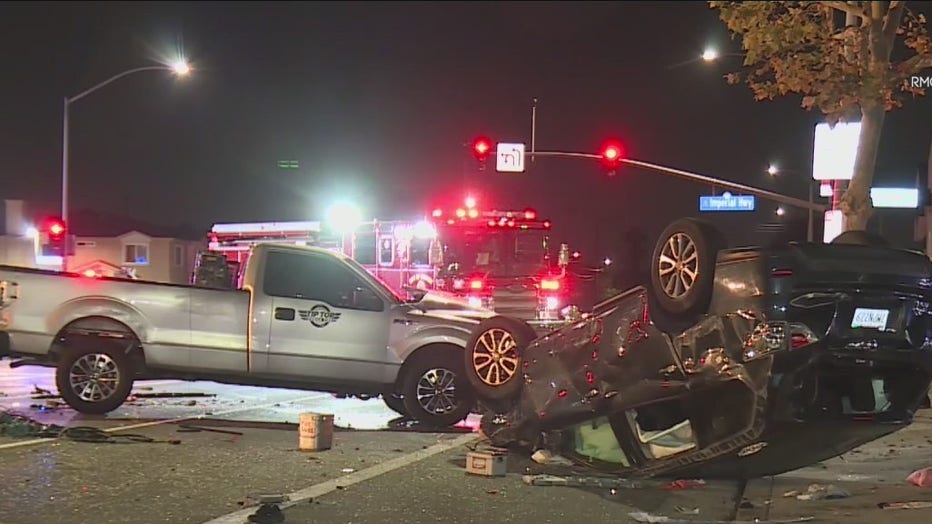 The victims suffered serious to moderate injuries. One person was arrested on suspicion of felony reckless driving and hit-and-run, police said.

Witnesses say they rushed over to the accident scene to help.

"I used my medical training to help out as much as I can," one witness told FOX 11.

Some people familiar with the area say they aren’t surprised at all and that street racing happens all the time.