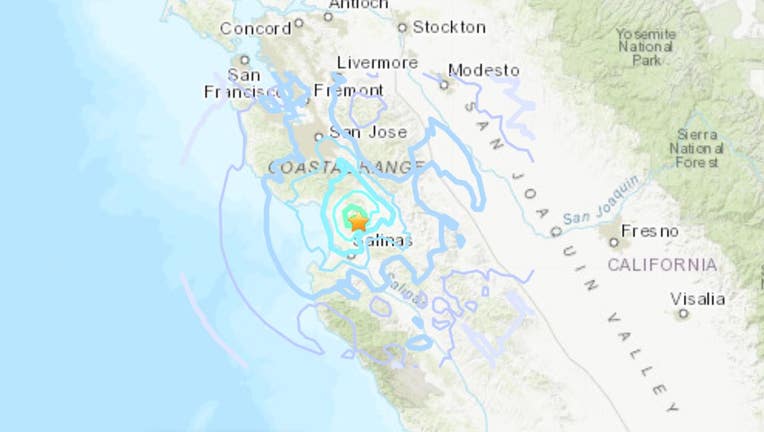 A 4.2-magnitude earthquake struck near Salinas on Saturday night and was felt across the Bay Area.

Viewers in San Jose and San Francisco called KTVU moments after the ground shook around 8 p.m.

The earthquake was centered close to Aromas, north of Salinas, according to the United States Geological Survey.

A 3.0-magnitude quake hit soon after the first in the same area, the USGS said.

BART officials said that crews would inspect their train lines for damage, resulting in delays on the rail system10 to 15 minutes.